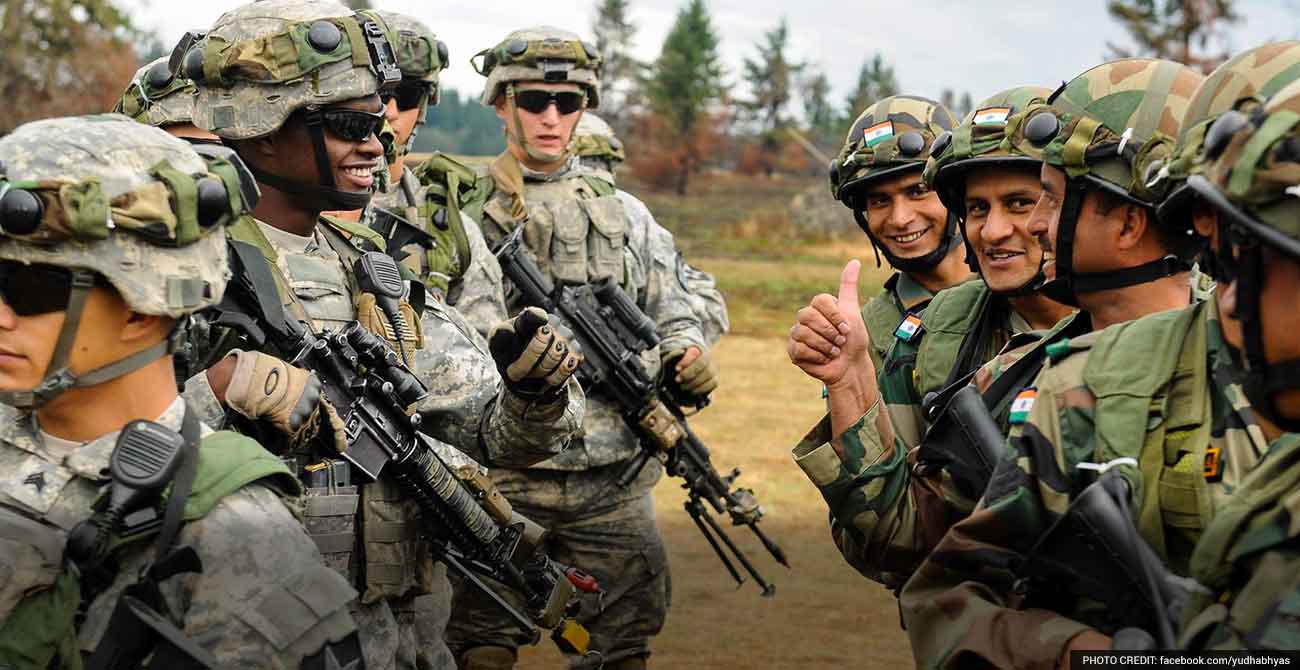 For India, US Soldiers Training Together, Working Around English

Share
EMAIL
PRINT
Indian Army soldiers of the Kumaon regiment rushing into a building at a US army Base in the state of Washington. Crouching, observing, running, firing and communicating on their radio sets - this could be a scene right out of a Hollywood movie.

But in fact, it's training for the real thing - handling a terrorist situation.

The joint training was part of the annual Yudh Abhyas exercises organized by the US and Indian armies which are held in the countries in alternating years. 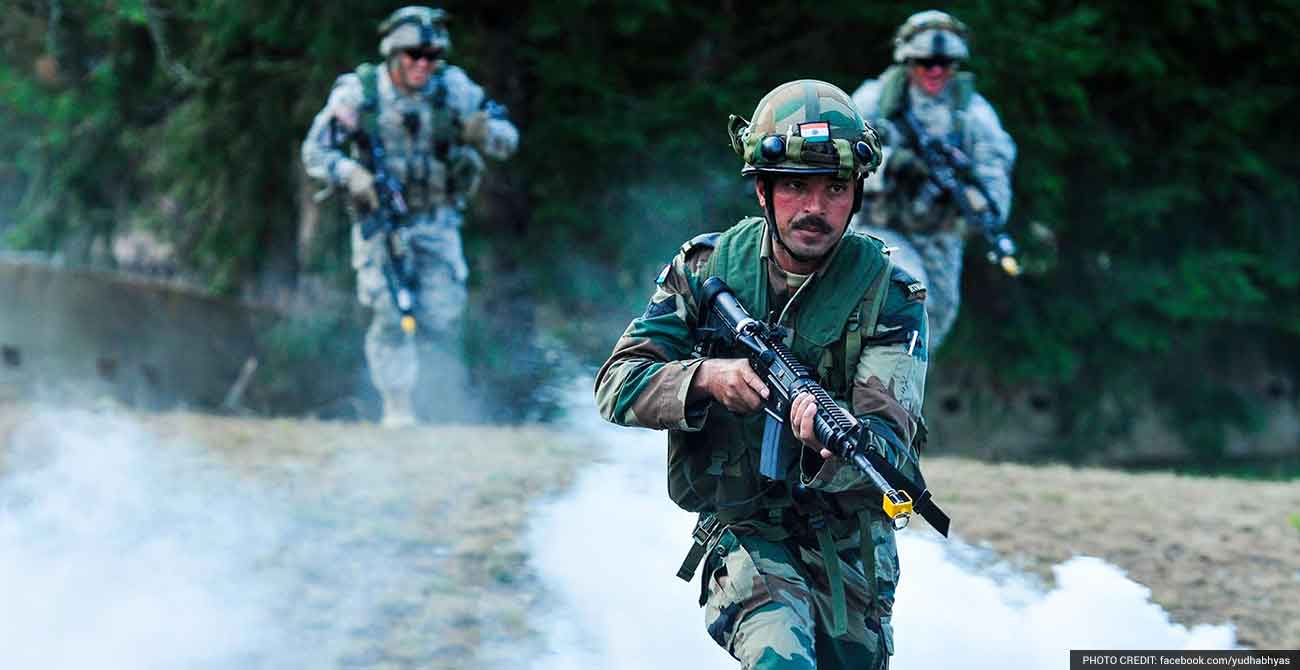 Kitted with laser sensors on their helmets and rifles, Indian soldiers fired blank rounds at targets - both dummies and real soldiers, though each shot was tracked to give soldiers and commanders a real-time idea of whether targets were being hit. In simple terms, some of these exercises were an advanced variation of laser-tag (like the laser version of paint-ball, popular in game parks) except the men behind the guns were highly trained soldiers, not teenagers pretending to be Rambo.

The two-week-long exercises that conclude tomorrow include mimicking a United Nations peace-keeping operation and field-training for counter-terrorism operations. 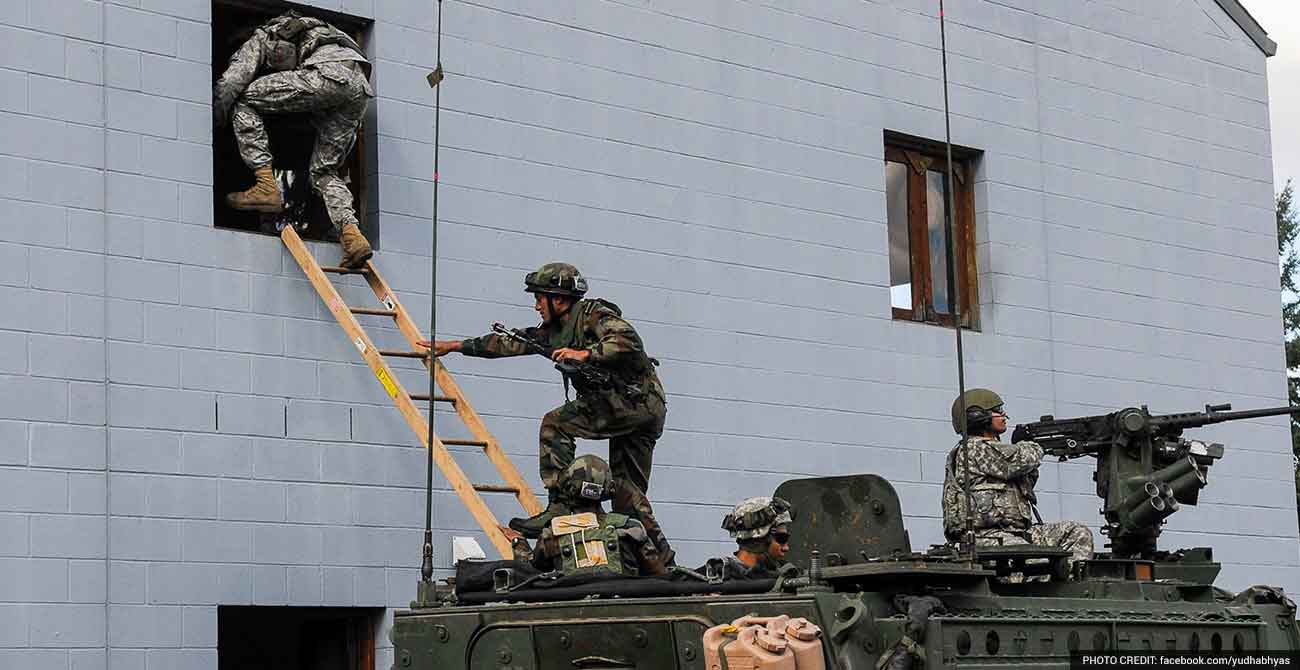 An Indian soldier from 6th Battalion of the 6th Kumaon Regiment follows a 1st Brigade, 2nd Infantry Division Soldier to infiltrate the second storey while they conduct company movement procedures.

It all boils down to one word - interoperability. How do soldiers of two Armies from different sides of the planet work together if and when required in high-intensity missions - counter-insurgency, civic assistance, hostage situations or quick-reaction anti-terror operations?
In the case of the Indian and US armies, overcoming the language barrier is absolutely critical. Most Indian jawans are not fluent in English and differences in accent often make communication difficult even between officers of either side. Hand signals in combat situations and a clear explanation of objectives prior to the start of the mission are often all that is required for US and Indian forces to operate side by side. 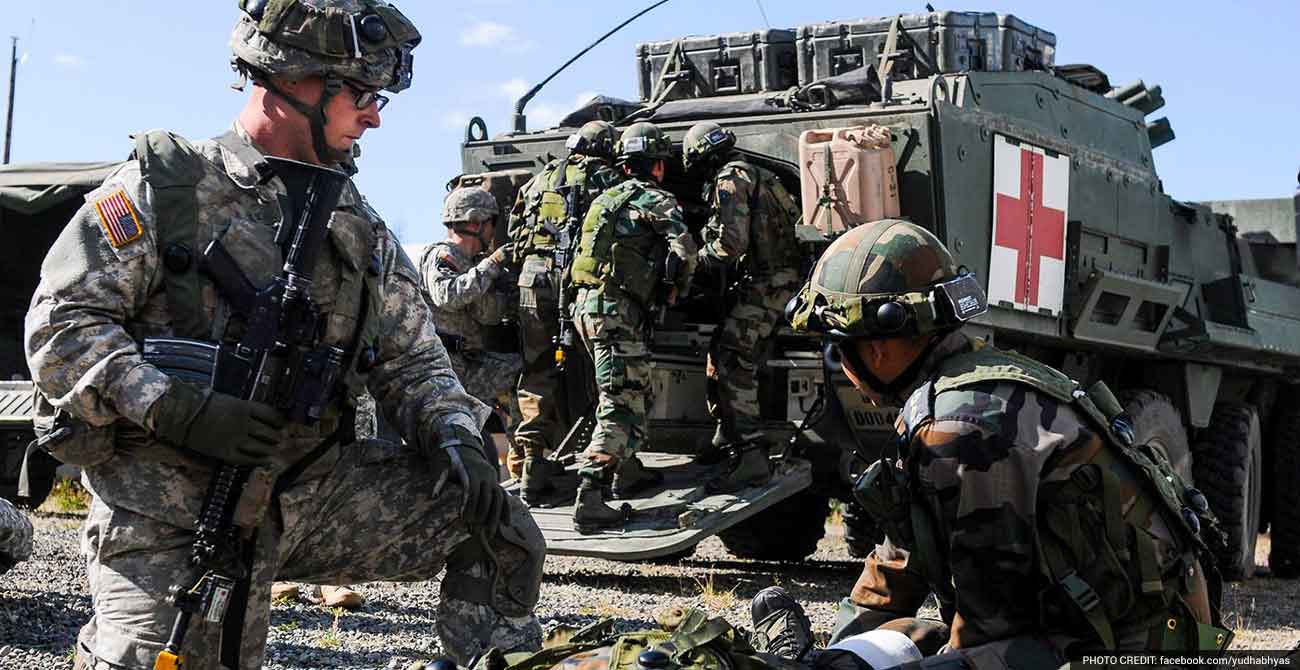 Indian soldiers attend to wounded soldiers and civilians before loading them on a medical Stryker combat vehicle.

This is where quality training takes over - 11 years of these joint Yudh Abhyas exercises for India and the US have shown that there are remarkable similarities in operational tactics between the Armies - both storm buildings in a similar manner, soldiers from both countries are tactically sound - they move quickly and silently and position themselves in the best positions to take a shot at their targets. Most importantly - both Armies are immensely experienced - the US with its experience of having fought terror in Afghanistan and Iraq, and the Indian Army in having taking on terrorists and insurgents in areas ranging from Kashmir to the Northeast. The basic ammunition of infantry soldiers of either side is also similar though the guns they use are different. This means that in a combat situation, an Indian soldier can pick up a US-issue rifle and fire. 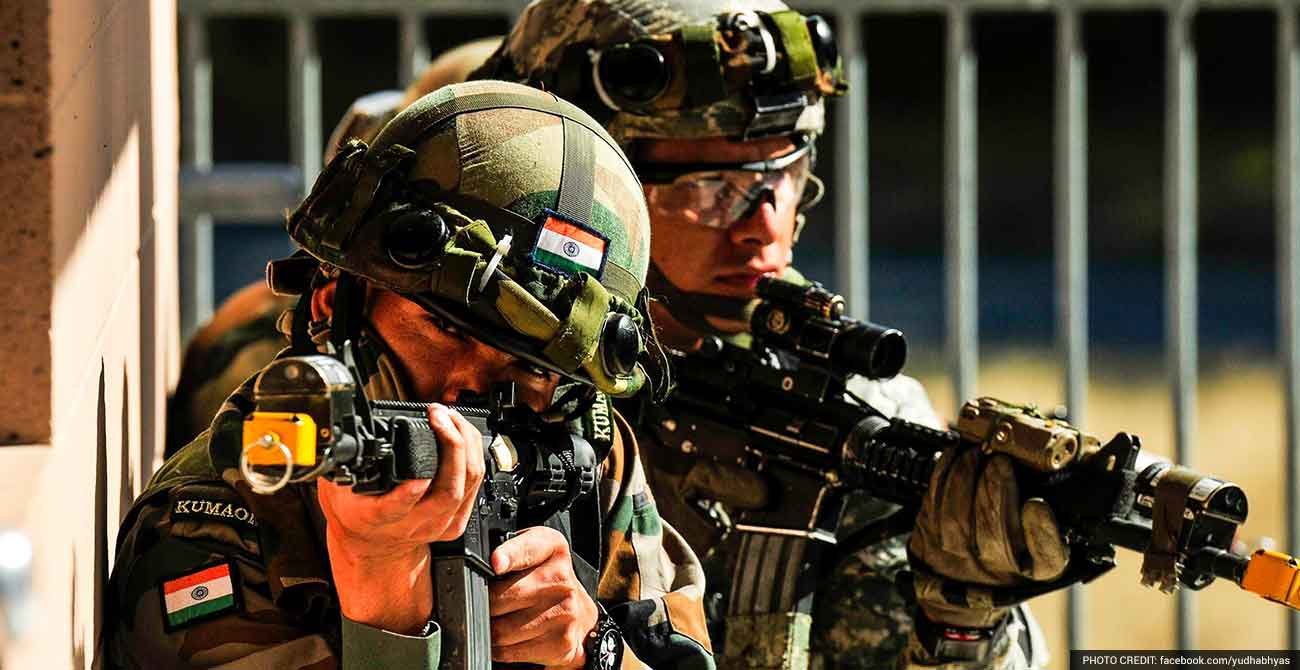 But there are important differences as well. Night vision equipment is standard-issue across US infantry units, and their operational strategy is often dictated by night operations. This is more the preserve of Indian Army Special Forces, and not the case of regular Indian Army infantry units who do not use night-vision goggles in the same numbers as their American counterparts.

Indian forces flew in with their weapons and equipment on the massive Indian Air Force C-17 Globemaster 3, the primary heavy transport for both Indian and US forces, to participate in the exercises, also bringing with them a cook to give some American participants an authentic Indian meal!