For Baahubali, a Film on Facebook and a Viral Leave Letter 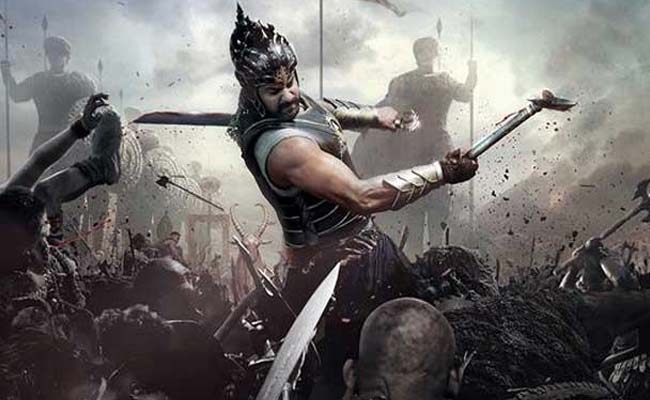 Hyderabad: Baahubali, India's most expensive film at Rs 250 crore, released on Friday morning across 4000 plus screens globally. People had been queuing up for days for a first-day-first-show ticket and the makers of the film have gone all out to promote the period drama starring Prabhas and Rana Daggubati.

Some unorthodox methods using the multiplying force of social media have been deployed.

On Facebook, a fully edited short film is being shared. It shows people in different situations clamouring for Bahubali tickets - a lovers' tiff, a married couple, people at the workplace, a sulking domestic help.

Then there are mock leave letters doing the rounds. One, addressed to the principal of a Telangana college is purportedly signed by students who request for an official holiday on Friday for the release of the film. A post script suggests, with a smiley, that the principal could join them: "Note: We have an extra ticket, if interested you may join :)." 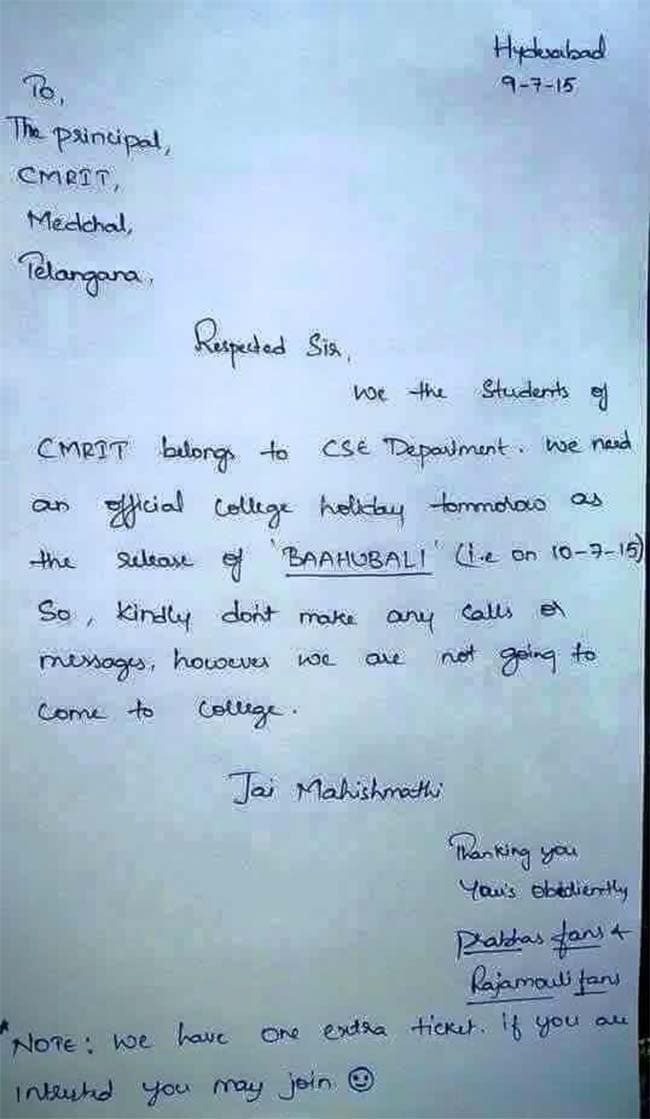 Another letter is addressed to the CEO of a company. 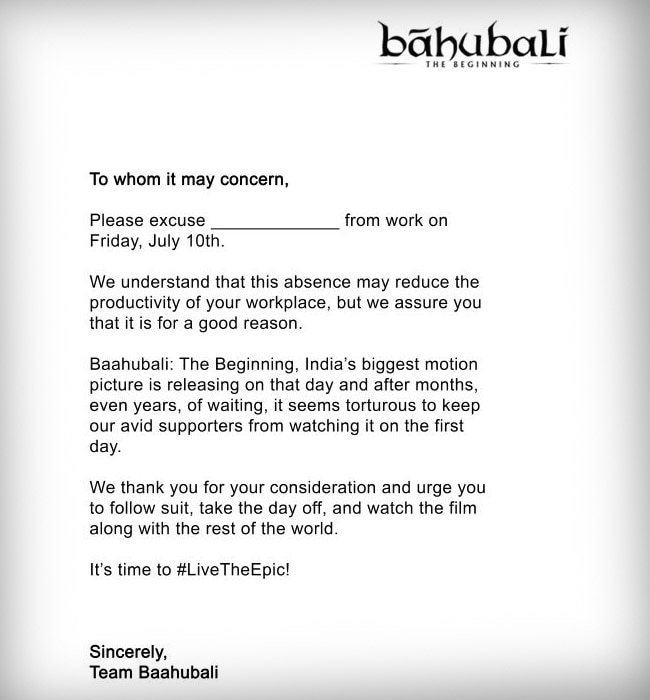 On Friday morning, Hyderabad's Prasad Imax had 30 screenings of the Telugu version of Baahubali - no other film played. The film has been made in Tamil and Telugu and has been been dubbed in Malayalam and Hindi.

The queues at theatres across Telangana snaked endlessly on Friday morning. They were reportedly a kilometre long in some places.

At the Vijayalakshmi theatre in Hyderabad's LB Nagar area fans who did not get tickets protested angrily.

Movie hall owners have reportedly been ordered not to hike rates of Baahubali tickets and the administration is cracking down on black marketing. Inspections by revenue and police officials have been ordered and two theatre owners in Hyderabad were reportedly arrested for selling tickets in black.