"For A Cause": Justice Kurian Joseph On Press Conference By 4 Judges

"I don't regret going public on January 12. We came out for a cause," Justice Kurian Joseph said 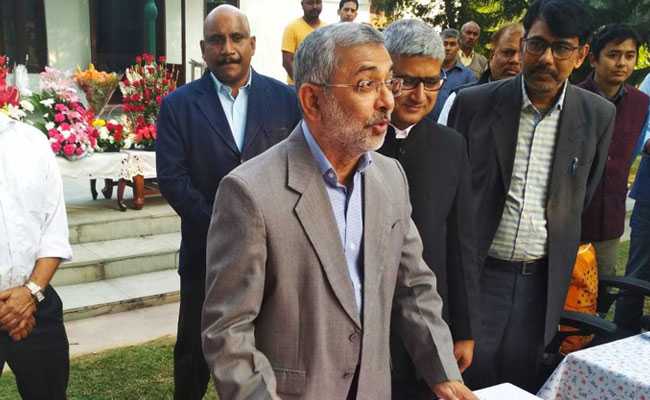 There is no regret in going public against then Chief Justice of India Dipak Misra in January because the press conference by four sitting top court judges was held for a "cause," Justice Kurian Joseph said today, a day after his retirement from the Supreme Court.

"I don't regret going public on January 12. We came out for a cause," Justice Kurian Joseph said.

The four senior most judges after then Chief Justice of India Dipak Misra, Justices J Chelameswar, Ranjan Gogoi, Madan Lokur and Kurian Joseph, in a first of its kind ever press meet had said "unless Supreme Court is preserved, democracy will not survive." They had alleged selective "assignment of cases to preferred judges" and "sensitive cases were being allotted to junior judges" by Justice Dipak Misra.

"After we spoke out to the nation there has been transparency," Justice Kurian Joseph said.

"After the new Chef Justice of India (Ranjan Gogoi) took charge, some things have changed. But it takes time," he said. "But the consultative process which we demanded on January 12 is happening now," he asserted.

Reflecting on his long career as a judge, Justice Kurian Joseph said he had never faced any political pressure while discharging his duties. "I believe it is the same with others," he said.

He said as far as the judiciary is concerned when a verdict is pronounced it is law of the land.

"Whether it can be followed or not is different. If the verdict can't be followed then concerned people must come to the court," he said.

When asked about the continuing protests against Sabarimala temple order of the top court, he said: "So long as law is final and if it is it violated it is a contempt."

Justice Kurian also added that most of the time of the top court is spent on discussing non-issues and said, " When there are other burning issues SC should concentrate on these issues, weeding out non-issues"

There have been protests in Kerala against the Supreme Court order on September 28 that lifted a ban on women of menstruating age offering prayers at Sabarimala hill shrine in the state. The Supreme Court will hear a clutch of review petition against the order in January, but it has refused to put on hold the ruling.

Justice Kurian Joseph said people have "strong faith" and diversity as well as constitutional morality will have to be kept in mind while adjudicating on such issues.