On Friday, several flights were cancelled, while no flight operations took place on Saturday, Sunday, Monday and Tuesday. 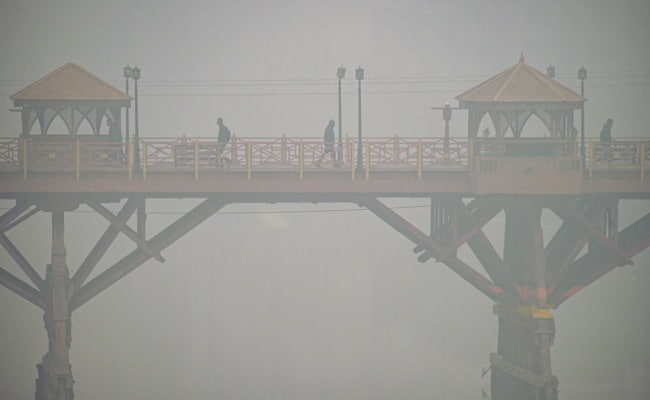 Heavy fog has engulfed most parts of the valley, affecting the visibility (File)

Flyers continue to be disappointed as flight operations at the Srinagar airport remained suspended for the fifth consecutive day today due to poor visibility caused by heavy fog, officials said.

"No flight operations took place for the fifth straight day and all flights to and fro Srinagar were cancelled on Wednesday," an official of the Airport Authority of India (AAI) said.

He said the visibility at the airport, due to heavy fog, was less than 100 metres and such conditions were not suitable for flight operations.

"The required visibility for the flight operations is 1,000-1,200 metres. But, it is not more than 100 metres today. So, all flights for the day were cancelled," the official said.

Flight operations have been severely affected at the Srinagar airport for the past six days.

On Friday, several flights were cancelled, while no flight operations took place on Saturday, Sunday, Monday and Tuesday.

"It is very disappointing that I had to return from the airport for the second consecutive day as the flights are not operating because of the fog," Wasim Nazir, a resident of the old city here said.

Mr Nazir said air travel was the best option for the people in the valley as the Srinagar-Jammu national highway often remains closed in the winters.

"The highway often remains closed in the winter months and so the air travel is the best option for us. But this fog has played havoc with our plans. The airport authorities should put in place a mechanism to overcome this," Mr Nazir said.

For the past few days, heavy fog has engulfed most parts of the valley, affecting the visibility and causing problems to the people especially to the motorists.

The meteorological department has said there would be improvement in the foggy weather conditions from today as the two Union territories of Jammu and Kashmir, and Ladakh are bracing up for a possible spell of wet weather.