Nobel laureate Abhijit Banerjee's mother Nirmala Banerjee will treat him to a delicious home-cooked spread. On the platter will be fish kalia, mutton kebab and rosogollar payesh 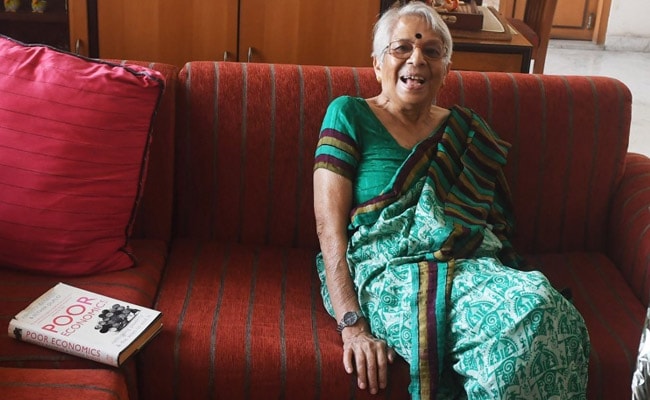 Waiting eagerly for her son to come home after winning the Nobel prize, Economist Abhijit Banerjee's mother says it is his late father's rationality and sobriety which has rubbed off on his son, making him balanced and matured in handling criticism as also fame. An award like the Nobel, she says, is recognition of good work, but not something "one should go on dancing about".

Dr Banerjee last week went to sleep for an hour after getting to know that he had got the Nobel in Economics jointly with Esther Duflo - his wife - and Michael Kremer.

For his mother Nirmala Banerjee, a retired professor of Economics, that's how it should be. "I don't think that is something one should go on dancing about. Ok. He's got some good work, he has got some recognition. We're all happy about it. That's it," Nirmala Banerjee said.

On the family, especially her son showing equanimity in reacting to attacks - some of them personal - mainly by leaders of the BJP, she said it was because of the influence of her late husband Dipak Banerjee, a London School of Economics alumni and professor of Economics in Presidency University. 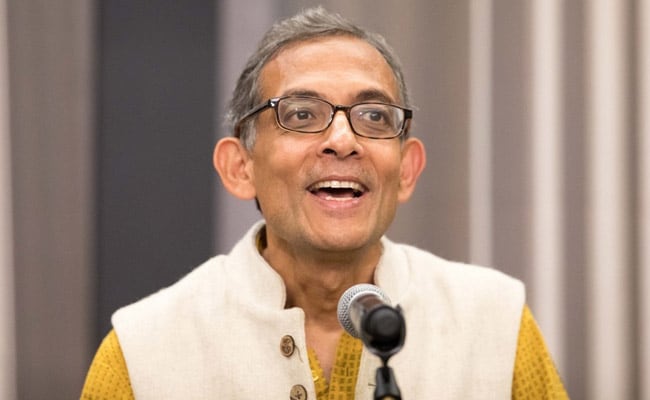 "Abhijit's father was also very rational, very sober, very matured person. And we all in our way try to model ourselves after him. He was a very wonderful man. And we are a close family, that's it," she said.

The Nobel winner landed in Delhi on Saturday - his first visit to the country after winning the prize. Since then, it has been a hectic routine for the Presidency College and Jawaharlal Nehru University alumnus, with a series of interviews, programmes, a book release function and meetings lined up.

Dr Banerjee will be coming on a short visit to Kolkata on Tuesday. He will fly out in the early hours of Thursday.

Nirmala Banerjee says she hasn't been able to speak to her son after he arrived in Delhi. "Sorry. I have no ideas what his programmes are. I haven't talked to him since he got to Delhi. He hasn't had much time," she said. "Oh yes. I am looking forward to meet him. But I had met him in July also. So that's not a long gap."

Dr Banerjee is a foodie, and relishes fish whenever he is in Kolkata. His mother has decided to treat him to a delicious home-cooked spread. On the platter will be fish kalia, mutton kebab and rosogollar payesh (Bengali style pudding made of the sugary syrupy rosogolla).

"It's nothing very special, I'm only ordering whatever he likes, home food. Both my sons meet me regularly. When they come I try and think about what they like to eat and get it done. But it is not that I am making hordes of dishes. Just I make the dishes they like," she said.