The Delhi-Meerut Expressway would be India's first 14-lane highway and has been described PM Narendra Modi as "road to freedom from pollution". 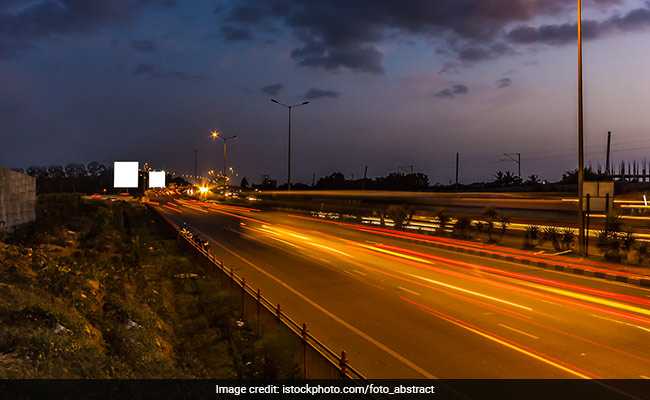 New Delhi: First phase of the Delhi-Meerut Expressway, being built at a cost of over Rs 7,500 crore, will be inaugurated by Prime Minister Narendra Modi on Sunday. Once fully completed, the travel time between Delhi and Meerut  would be cut to 40 minutes.

The Delhi-Meerut Expressway would be India's first 14-lane highway and has been described PM Narendra Modi as "road to freedom from pollution".

The expressway will do away with 31 traffic signals on the Delhi-Meerut road, the busiest highway in the region, and make it "signal free". The travel time will also be reduced between Meerut and Delhi from two and a half hours to around 40 minutes. The project will be fully completed by March 2019.

The 9-km stretch till UP Gate has been completed and will be inaugurated by PM Modi on Sunday. This stretch would be significant and help reduce congestion on the roads leading to Noida and Ghaziabad.

The 9km stretch, which starts at Sarai Kale Khan in Delhi, would be connected to NH 24 and then will lead to NH 58. The Delhi-Meerut Expressway would be an access controlled highway.

Prime Minister Narendra Modi on December 31, 2015 had unveiled a plaque to mark the laying of the foundation stone of the Delhi-Meerut Expressway to be built at a cost of Rs. 7,566 crore.

The project is being built in four segment -- Nizamuddin Bridge to UP Border, UP Border to Dasna, Dasna to Hapur and Hapur to Meerut. The fourth segment will be a new alignment of Delhi-Meerut Expressway from Dasna to Meerut and six laning of connector.

Promoted
Listen to the latest songs, only on JioSaavn.com
While, the work on Delhi-Dasna section cost of 2,869 crore, the construction of 46 km long six-lane Dasna-Meerut section of the expressway will cost Rs 3,575 crore.