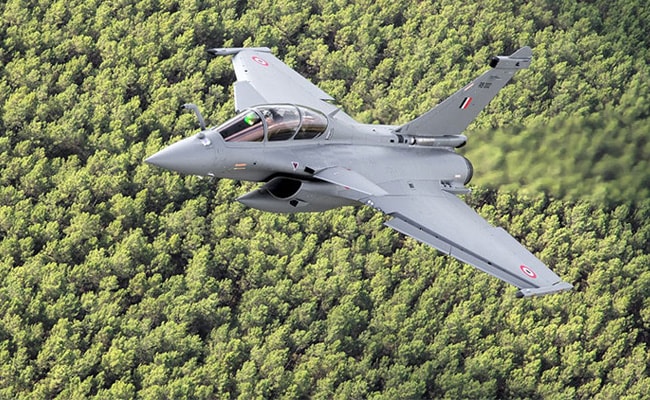 The first batch of the Rafale jets was scheduled to arrive in India by the first week of May.

The first four of the 36 Rafale jets are expected to land in India by last week of July as the coronavirus pandemic delayed their scheduled delivery by around 11 weeks, official sources said on Friday.

The first batch of the Rafale jets was scheduled to arrive in India by the first week of May.

India had signed an inter-governmental agreement with France in September 2016 for the procurement of 36 Rafale fighter jets at a cost of around Rs 58,000 crore.

The aircraft is capable of carrying a range of potent weapons. European missile maker MBDA's Meteor beyond visual range air-to-air missile and Scalp cruise missile will be the mainstay of the weapons package of the Rafale jets.

Meteor is the next generation of BVR air-to-air missile (BVRAAM) designed to revolutionise air-to-air combat. The weapon has been developed by MBDA to combat common threats facing the UK, Germany, Italy, France, Spain and Sweden.

The first squadron of the aircraft will be stationed at Ambala air force station, considered one of the most strategically located bases of the IAF. The Indo-Pak border is around 220 km from there.

The IAF spent around Rs 400 crore to develop required infrastructure like shelters, hangers and maintenance facilities at the two bases.

Out of 36 Rafale jets, 30 will be fighter jets and six will be trainers. The trainer jets will be twin-seater and they will have almost all the features of the fighter jets.