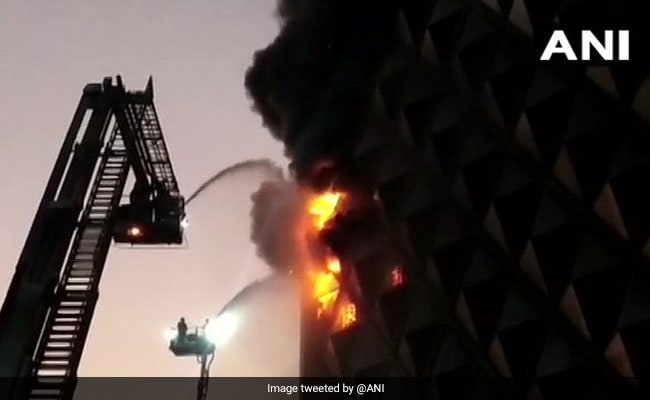 A huge fire broke out at Surat's Raghuveer market this morning.

A huge fire broke out this morning at a market in Gujarat's Surat. Forty fire trucks have been rushed to the spot, news agency ANI reported.

Visuals showed a building caught in flames at Raghuveer Market as fire engines tried to put out the blaze. It's not yet clear how the fire broke out.

No casualties have been reported so far.

The latest incident comes months after 20 people, mostly students, were killed in a massive fire at a coaching centre in the city. About 60 people were inside when top two floors of the commercial building called Takshashila Arcade in the Sarthana area of Surat got engulfed in flames in May.

Most of the students were said to be between the ages of 14 and 17. The fire started near the staircase, so they could not get down, fire officials had said.

Resolve Covid Grievances Maximum Within 3 Days: Centre To All Departments