Finance Minister Will Present Dressed-Up Estimates For 2020 In 2021 Budget: Congress 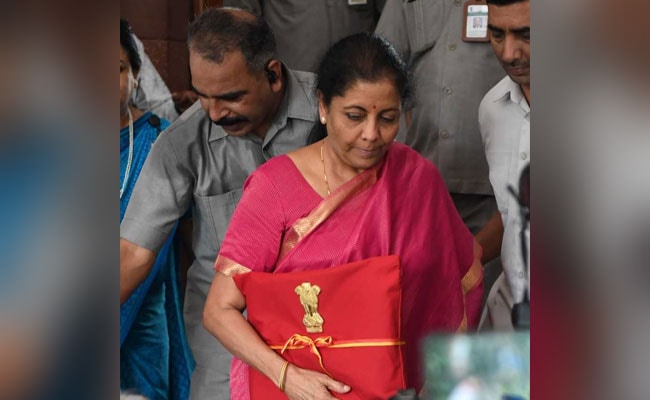 Nirmala Sitharaman is scheduled to present the annual Union Budget in Parliament on Monday, Feb 1.

Alleging that seven years of the Narendra Modi government have "wrecked" the economy and high growth prospects, the Congress today said it is afraid that Finance Minister Nirmala Sitharaman will present "dressed-up" revised estimates for 2020-21 in the upcoming Budget session of Parliament and attempt to build an attractive narrative for the coming fiscal year.

The opposition party demanded a large fiscal stimulus to the economy, asserting that such a step alone will put money in the hands of people and stimulate demand.

At a press conference, former finance minister P Chidambaram also demanded that the government should make direct cash transfers to 20-30 per cent of the families at the bottom of the economy at least for a period of six months.

He said the Congress believes that the reality is that the economy is in a recession, the recovery will be slow and painful, and the "rate of GDP growth in 2021-22 (in constant prices) will be modest - no more than five per cent".

"We are afraid that the FM will present a dressed-up Revised Estimates for 2020-21 and attempt to build an attractive narrative for 2021-22. The RE for 2020-21 will be a set of false numbers and, therefore, the BE for 2021-22 will be a conjurer's illusion," Mr Chidambaram said, reading out a party statement at the press conference with senior Congress leaders Jairam Ramesh and Mallikarjuna Kharge by his side.

Nirmala Sitharaman is scheduled to present the annual Union Budget in Parliament on Monday.

The budget for 2020-21 began to unravel within weeks of its presentation, Mr Chidambaram said, noting that the Congress had even at that time pointed out that the assumptions behind the budget were wrong and the targets set were unattainable.

"Even without the pandemic, the economy would have continued on the downward path that had begun in the first quarter of 2018-19 and continued for eight successive quarters. The pandemic pushed the economy into an abyss - minus 23.9 per cent in Q1 of 2020-21 and minus 7.5 per cent in Q2," he said.

The current finance minister has the distinction of presiding over the first recession in four decades, the Congress leader added.

The year 2020-21 will end with negative growth and none of the numbers estimated at the beginning of the year will be achieved, he claimed.

The revenue targets will be missed by a large margin, capital investment will take a hit, the revenue deficit will be close to five per cent and the fiscal deficit will exceed seven per cent, Mr Chidambaram said.

"There is no point in wasting time over the budget of 2020-21. It was a disaster at the start and will be a catastrophe at the end of the fiscal year," he said.

Former chief economic advisor to the government Arvind Subramanian described the period 2004-2010 as the golden years of the Indian economy and the equivalent period of 2014-20 has witnessed the slow but "inexorable descent into a deep hole", the Congress alleged.

"The conclusion of a recent study by Brookings using IMF and World Bank data is humiliating but not surprising at all: the biggest rise in poverty will be in India and India will overtake Nigeria and become the country with the largest number of poor people," Mr Chidambaram said, adding that this "is the contribution of the Modi government at the end of seven years".

"Looking ahead, we do not see a 'V' shaped recovery. We believe that the recovery, slow and painful, will still leave millions of households struggling to survive and it will resemble more the letter 'K'. As a result, inequality will increase. Those who are behind will be pushed back further," he said.

In what it said was its "prescription" for economic recovery, the Congress called for formulating and implementing a rescue plan for the micro, small and medium enterprises (MSMEs) to revive the closed units, recover the jobs that were lost and create new jobs for those who have moderate education and skills.

It also demanded a reduction in tax rates, especially GST and other indirect tax rates (for example on petrol and diesel), and called for increased government capital expenditure.

The party urged the government to recapitalise the public sector banks immediately and encourage them to lend without the fear of investigative agencies probing every loan.

The Congress also called on the government to abandon protectionist policies, re-engage with the world, enter into bilateral trade agreements with as many countries as possible and remove the bias against imports.

"By a stroke of good fortune, if even a part of the agenda that we have set out is accepted by the government (and we do not crave any acknowledgement), we shall be happy and relieved for the sake of the people of India," Mr Chidambaram said.