The submarine - designated "Yard 11879" during its construction by Mazagon Dock Shipbuilders Limited in collaboration with Naval Group of France - will be named "Vagir" once commissioned into service. 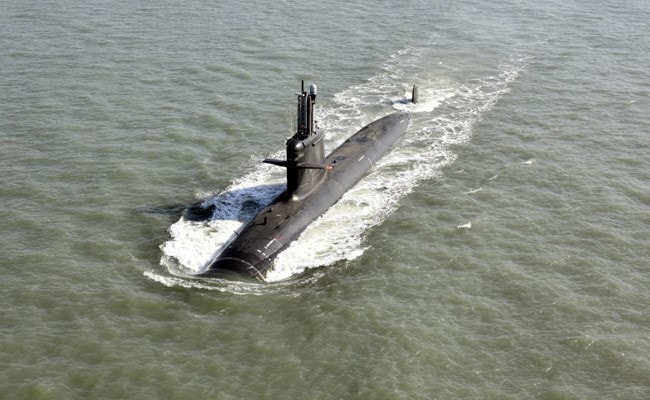 The Indian Navy's brand-new submarine - the fifth of the six French-designed Scorpene-class submarines - sailed out Tuesday on its first sea sortie and will now undergo rigorous trials before it is delivered to the Navy later this year.

The submarine - designated "Yard 11879" during its construction by Mazagon Dock Shipbuilders Limited (MDL) in collaboration with Naval Group of France - will be named "Vagir" after it is commissioned into service.

"Despite the coronavirus pandemic, MDL has delivered two submarines of the Project 75 last year," the Navy said in a statement. The sea trials of the fifth submarine are a significant milestone, it added.

Construction began in July 2009. The submarine with "superior stealth features" like advanced acoustic absorption technique was launched in November 2020. It will now undergo extensive system, machinery, and weapons trails at sea before it is commissioned, scheduled later this year.

The submarine got its name from INS Vagir - a Vela-class submarine from Russia that served in the Navy from 1973 to 2001.

The six Kalvari-class submarines, designed by French company DCNS, are being built in India as part of the Indian Navy's Project-75. These submarines can undertake missions like anti-surface warfare, anti-submarine warfare, intelligence gathering, mine laying, and area surveillance, an official said.

Of the six submarines ordered, four - Kalvari, Khanderi, Karanj, and Vela - have been inducted into the Indian Navy.