Will Go To Supreme Court Soon Over Bail To Minister's Son: Farmer Leader

Lakhimpur-Kheri Case: The farmers are saying the police was under pressure to weaken the case against Ashish Mishra. This, they claim, was what led to his bail. 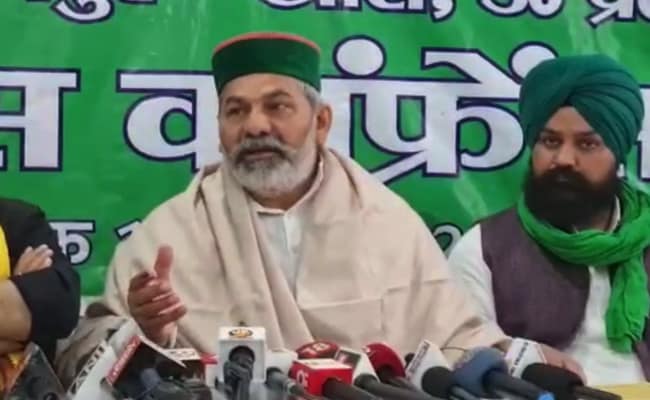 Farmer leader Rakesh Tikait has said they will approach the Supreme Court "soon" over the bail granted to Ashish Mishra, the son of junior Home Minister Ajay Mishra, accused of murder in the Lakhimpur Kheri run over case. The umbrella body of farmers' unions, the Sanyukt Kisan Morcha, will file an appeal. "We are gathering documents," he told NDTV today.

The decision was taken at a meeting in Lakhimpur earlier today at a meeting of the farmers' unions, chaired by Mr Tikait and farmer leader Shiv Kumar Kakka.

Ashish Mishra, accused of murdering four farmers and a journalist last October, was granted bail by the Lucknow bench of the Allahabad high court last week. He is likely to walk out of jail today.

Asked how he sees the release, Mr Tikait said "The people can see everything. If in such a case, he gets to walk out in three months, what will happen in other cases?" he said, questioning if the BJP is getting political dividends out of this.

The order has become controversial -- especially during the election season in the state, where the ruling BJP is seeking a second term in power.

The farmers are saying the police was under pressure to weaken the case against Ashish Mishra. This, they claim, was what led to his bail.

"When it was the turn of farmers (during the online hearing) there was a connectivity issue on internet. A judge will take into consideration what is placed before him. The court will do what the law says. We must not have been able to put our case properly," Mr Tikait said.

"There is a role of the government in the bail," added Shiv Kumar Kakka. "There are government lawyers, there is the prosecution and the police. They did not do their job properly... They are helping the government... it is also the government which can tinker with internet... it influences both net and evidence," headed.

In its order, the court had pointed out the discrepancies in the case against Ashish Mishra, including on the allegation that he opened fire at the protesters.

Regarding the charge that Ashish Mishra incited the SUV driver to run over farmers, the judge said, "The driver, along with two others who were in the vehicle, had been killed by the protesters".

On October 3 last year, Ashish Mishra's SUV ran over farmers protesting against the three controversial farm laws at Lakhimpur Kheri. He was arrested days later, after intervention from the Supreme Court and charged with murder.