Farmers' Victory March: Farmers will take out a victory march today as the protest ends after Centre withdrew the three contentious farm laws. 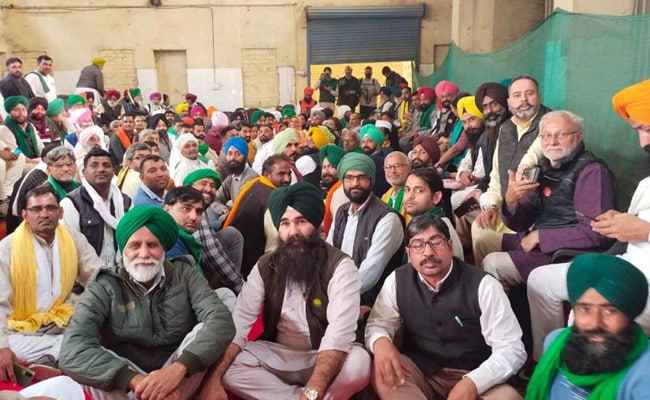 Farmers' Protest: Farmers will take out a victory march today as the protest ends.

Farmers camping at Delhi borders- Singhu, Tikri and Ghaziabad- have started dismantling their makeshift accommodations at the sites as the 15-month agitation draws to an end today. The farmers will take out a victory march today as they return to their villages in Punjab, Haryana and Uttar Pradesh after Centre withdrew the three contentious farm laws.

The victory march was initially planned for yesterday, but it was postponed in the wake of the tragic helicopter crash in Tamil Nadu that killed 13 people, including Chief of Defence Staff General Bipin Rawat.

Last month, Prime Minister Narendra Modi announced the decision to repeal the three laws. Farmers continued to stay at the protest sites, citing other demands that included a legal guarantee on Minimum Support Price (MSP) and withdrawal of cases registered against protesting farmers.

The farmers announced their decision to end the protest after receiving a written proposal from the Centre on the outstanding demands.

The Centre has agreed to form a committee to decide the MSP issue and has also agreed to drop all police cases against farmers, including stubble burning complaints and those filed by Haryana and Uttar Pradesh police following clashes with the protesters.

Here are the LIVE updates on Farmers' Victory March today:

"Will Be In Our Memories": Farmers Bid Farewell To Protest Sites
Convoys of tractor trolleys bedecked with flowers and playing 'victory songs' on Saturday rolled out of the Singhu protest site, as farmers head home after over a year of agitation at the Delhi-Haryana border, which for many had become home.
Dec 11, 2021 12:03 (IST)

Protesting farmers at Tikri border dismantle their settlements as they vacate the area to return to their homes, following the suspension of their year-long protest. pic.twitter.com/hiZ8x9if32

#WATCH | Protesting farmers sing 'bhajan' at Singhu border before vacating the site to return home, following the announcement of the suspension of their year-long protest. pic.twitter.com/rMjgSEChxW

#WATCH | Farmers take down their settlements, vacate the borders around Delhi and return to their homes after the announcement of the suspension of their year-long protest.

Slow traffic movement seen at KMP flyover near Singhu border as farmers head back to their homes after the suspension of their year-long protest. pic.twitter.com/yE3bwGJtLb

A large group of farmers shall vacate the area at 8 AM tomorrow. In today's meeting, we'll talk, pray, & meet the people who helped us. People have started vacating already, it'll take 4-5 days. I will leave on 15th December: BKU leader Rakesh Tikait at Ghazipur Border pic.twitter.com/FG4Zhz4S9e

Protesting farmers take down their tents at Ghazipur border (Delhi-UP border) as they prepare to return to their homes following the announcement of the suspension of their year-long protest. pic.twitter.com/mSAWOc2WOz

Delhi: Farmers vacate the Singhu border area after announcing to suspend their year-long protest against the 3 farm laws & other related issues. pic.twitter.com/dFUhsviFVT