Why Activist Disha Ravi, Arrested Over "Toolkit", Argued Her Own Case

Disha Ravi did not have her own lawyer, Abhinav Sekhri, when she was produced in court yesterday with charges of sedition and conspiracy and sent to five days in police custody. 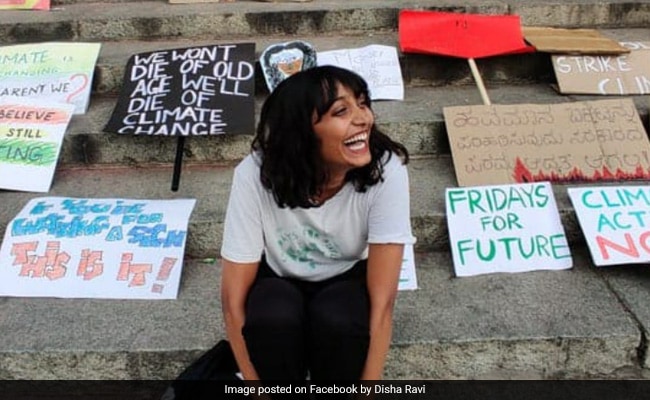 Disha Ravi had no legal counsel when she was produced in court yesterday. (File)

The arrest of 22-year-old activist Disha Ravi in Bengaluru over a "toolkit" tweeted by climate campaigner Greta Thunberg is at the centre of rising outrage, with activists, opposition leaders and others questioning the manner in which she was arrested, flown to Delhi and produced in court on the weekend.

Delhi Police asserted that Disha Ravi was arrested on Saturday afternoon from her home in Bengaluru in the presence of her mother and a local police officer and it was all above board. The arrest memo has her mother's signature, the police said, and added that she was also in touch with her lawyers.

But the Delhi police did not get permission from a local court, as is the legal precedent.

The Delhi High Court, in a 2019 order, says: "Endeavor should be made to obtain transit remand after producing the arrestee before the nearest Magistrate... unless exigencies of the situation warrant otherwise."

Disha Ravi did not have her own lawyer, Delhi-based Abhinav Sekhri, when she was produced in court yesterday with charges of sedition and conspiracy and sent to five days in police custody. Instead, she was given a stand-in government lawyer.

According to Disha Ravi's legal team, she argued her own case before the magistrate.

In a post, lawyer Rebecca John has alleged "shocking abdication of judicial duties". According to her, the magistrate at Delhi's Patiala House court failed to ensure that Disha Ravi had legal representation in court.

"Deeply disappointed by the conduct of the duty magistrate... who remanded a young woman to five days in police custody, without first ensuring that she was being represented by counsel," Ms John wrote.

"Magistrates must take their duties of remand seriously and ensure that the mandate of Article 22 of the constitution is scrupulously followed," she said.

"Where the case diaries and the arrest memo examined? Did the magistrate ask the special cell why she was being produced directly from Bangalore without a transit remand from Bangalore courts?"

Delhi Police added that if the activist argued her own case in court, it was nothing to do with the police since she was provided a lawyer.

The young graduate of Mount Carmel college is the first to be arrested in the case involving a "Toolkit" for supporting farmer protests shared by Swedish teen activist Greta Thunberg. The case was filed earlier this month, after international tweets on the farmer protests drew a sharp backlash in India, including a pushback from the government and several celebrities.

"I did not make Toolkit. We wanted to support the farmers. I edited two lines on February 3," Disha Ravi told the court on Sunday.

The police said Disha deleted a WhatsApp Group that was set up for the Toolkit document. Disha Ravi and two more activists wanted by the police - Nikita Jacob and Shantanu - participated in a zoom call to discuss a propaganda blitz for the farmer protest on Republic Day, which saw chaos and clashes. "In this process, they all collaborated with pro Khalistani Poetic Justice Foundation to spread disaffection against the Indian State," the police said.