"Welcome Suggestion To Stay Laws, But Not Joining Any Committee": Farmers 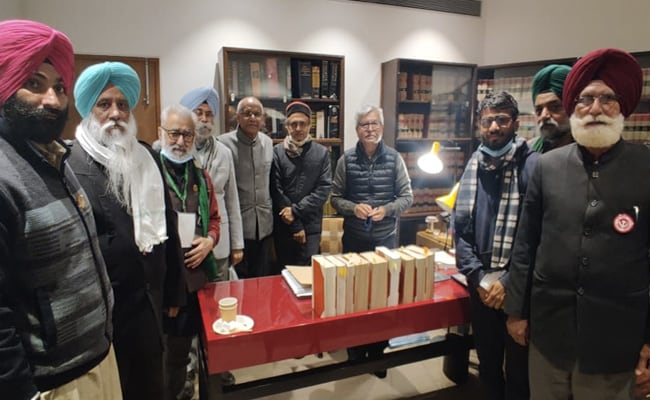 Farmers protesting the centre's agriculture laws refused to participate in any committee that may be set up to resolve the weeks-long deadlock. Their statement came hours after the Supreme Court criticised the centre's handling of the crisis and called for a committee to settle the dispute.

The farmers - thousands of whom have been camped out around Delhi since late November - made this clear, as they did back then and in December, when they said "now is not the time for a committee".

"While all organisations welcome the suggestions of the honourable Supreme Court to stay the implementation of the farm laws, they are collectively and individually not willing to participate in any proceedings before a committee," the note released by the Samyukt Kisan Morcha - an umbrella body of around 40 farmer unions - late Monday night said.

The farmers indicated they would stay away from committees because the centre had repeatedly made it clear that repeal of the laws could not be part of any agenda. The note also stressed "great respect for the Supreme Court and its understanding of the problem".

"... after deliberation on pros and cons of suggestions for a committee... we are unanimously not agreeable... due to stubborn attitude of the government," their statement read.

Two earlier suggestions for a committee - made by the centre - have also shot down; the farmers believed it a ploy to delay talks and use the committee as a means to divide and conquer.

On Monday morning Chief Justice of India SA Bobde had some sharp words for the centre, as he pressed it to pause implementation of laws passed in September amid chaos in the Parliament.

"Tell us whether you will put the laws on hold or we will do it. What is the prestige issue?" the court asked, underlining its disappointment at the prolonged crisis and saying, "The situation has (become) worse. People have committed suicide."

Attorney General KK Venugopal said: "You can form a committee but don't stay the laws."

The centre says the laws will help farmers eliminate middlemen and sell at markets and prices of their choice. The farmers fear it will rob them of MSP (minimum support price) and, by dismantling government-controlled mandis, or wholesale markers, leave them at the mercy of the corporates.

Eight rounds of talks have been held so far and all have failed. A ninth will take place on Friday.

The centre has so far, been unwilling to either recall the laws or offer a legal guarantee for MSP.