Several prominent people, including Sachin Tendulkar and iconic singer Lata Mangeshkar, tweeted this week as part of a pushback against tweets by Rihanna 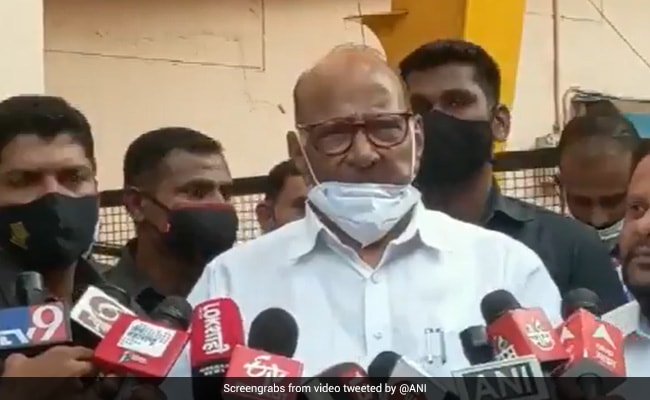 NCP chief Sharad Pawar on Saturday urged cricket legend Sachin Tendulkar - who earlier this week tweeted as part of a celebrity-fueled pushback against pop star Rihanna and her six-word tweet on the farmers' protest - to "exercise caution while speaking about any other field".

Mr Pawar's comment came a few days after Tendulkar joined a long list of Indian actors, sportspersons and politicians tweeting on unity and farmers - a list triggered by Rihanna's tweet and the wave of international headlines and support it generated.

"Many people have reacted sharply to the stand by them (Indian celebrities). I would advise Sachin to exercise caution while speaking about any other field," Mr Pawar was quoted by news agency ANI.

Mr Pawar also criticised the centre for saying the protesters were "Khalistanis or terrorists".

"Agitators are farmers who feed our country... not right to call them Khalistanis or terrorists," Mr Pawar, who was Agriculture Minister in the Congress-led UPA government, was quoted by news agency PTI.

The comment was met with a swift retort from BJP MP Meenakshi Lekhi.

"How I feel his advice was made available to Mia Khalifa, Rihanna and Greta Thunberg! I was also thinking what about knowing and yet not speaking, since he has been a former Agriculture Minister, worked with APMCs (and) issued letters in favour of reforms..." she tweeted.

How I feel his advice was made available to Mia Khalifa, Rihanna & Greta Thunberg ! I was also thinking what about knowing & yet not speaking, since he has been a former Agriculture Minister, worked with APMC's , issued letters in favour of reforms.... https://t.co/MLJ1XA5LHx

In December Mr Pawar was forced to defend himself after the BJP dug out an old letter in which he, as the Agriculture Minister, sought farm sector reforms by bringing in private participation. The BJP promptly accused Mr Pawar of double standards.

And last week the current Agriculture Minister, Narendra Singh Tomar, went head-to-head with Mr Pawar over the latter's tweet-critique of the farm laws.

A number of prominent people, including Tendulkar, fellow cricketer Virat Kohli, actors Akshay Kumar and Ajay Devgn, and iconic singer Lata Mangeshkar, have tweeted as part of what appeared to be a planned pushback against Rihanna, teen climate activist Greta Thunberg and others. 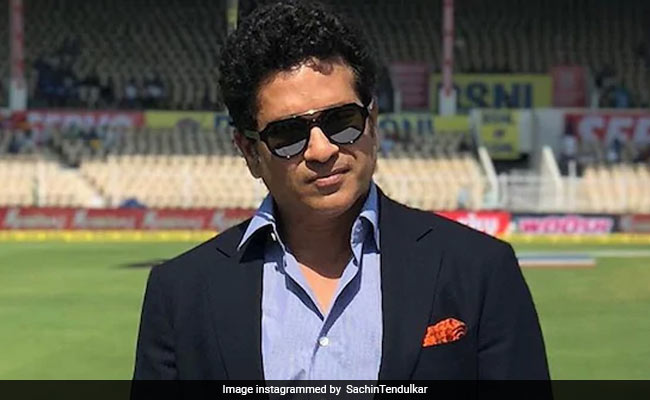 "India's sovereignty cannot be compromised. External forces can be spectators but not participants. Indians know India and should decide for India. Let's remain united as a nation," Tendulkar wrote, with the hashtags #IndiaTogether and #IndiaAgainstPropaganda.

The centre's response was a caustic statement warning foreign celebrities and those tweeting of the "temptation of sensationalist social media hashtags and comments".

Since then a document shared by Ms Thunberg and others has come under scrutiny, with Delhi Police believing it indicates a conspiracy against the country and may have been used to plan and incite the violent clashes that occurred in the national capital on Republic Day.

Earlier on Saturday External Affairs Minister S Jaishankar told reporters initial inquiries into the "toolkit" had "revealed a lot" and said: "We've to wait and see what else comes out".

Lakhs of farmers across India are protesting the centre's new farm laws, claiming it endangers their livelihood by allowing large corporate firms to bully them. The farmers also fear the loss of MSP.

The centre, however, insists the laws will be beneficial and will not scrap them. Instead, an 18-month stay was offered - after the Supreme Court paused implementation - but turned down.

The farmers on Saturday held a peaceful three-hour chakka jam (blocking) of state and national highways in many parts of northern India.