Ex-Sportspersons Say Will Return Awards To Protest Action Against Farmers

Farmers Protest: The new farm laws are not in favour of the farmers, the Punjab sportspersons said. 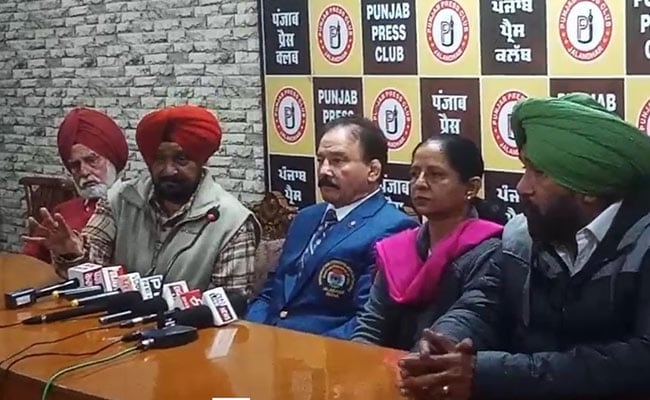 Farmers Protest March: The sportspersons have said they will even join farmers in their protest in Delhi.

A group of top sportspersons and coaches from Punjab today said they will return all their medals and awards and lay siege to Delhi in solidarity with the state's farmers protesting against three of the central government's controversial farm ordinances.

They were particularly angry at the the government's use of force against the protesting farmers and said they will proceed to Delhi on December 5 where they will place their awards outside the Rashtrapati Bhavan.

"We are the children of farmers and they have been holding peaceful agitation for the past several months. Not even a single incident of violence took place. But water cannons and teargas shells were used against them when they were going to Delhi," said Olympic hockey player and Arjuna awardee Sajjan Singh Cheema. He was talking to the media at the Jalandhar Press Club today.

"If the turbans of our elders and brothers are tossed, then what will we do with our awards and honour? We are in support of our farmers. We do not want such awards and that is why we are returning the same," said Mr Cheema.

"All the Padma and Arjuna awards, all medal will be returned by Punjab's sportspersons...there will be around 150 of them," said another of the speakers at the press conference.

Over the past week, thousands of farmers, braving water cannons, tear gas and barricades of the Haryana police, have reached the borders of Delhi, to protest against the new laws passed by the Narendra Modi government in September. While some of them have managed to enter the city, the rest are sitting at the border areas, saying they are ready to do what it takes to see the end of the three farm laws passed by parliament earlier this year.

A number of politicians, including the Congress's Rahul Gandhi and BSP's Mayawati have by now spoken out in support of the protesting farmers, saying the government must speak to them and withdraw the new laws.

A number of pop artistes of Punjab, such as Diljit Dosanjh and Harbhajan Mann, have tweeting their support for the agitation. Mr Mann, a Canadian-Indian actor and film producer, even posted several photos of the protest using hashtags like #kisanandolan and #FarmersDilliChalo.