"Roads Should Not Be Blocked": Supreme Court, Hinting At Farmer Protest

The Supreme Court issued notices to the Haryana, Uttar Pradesh, and Delhi governments, apart from the Delhi police. 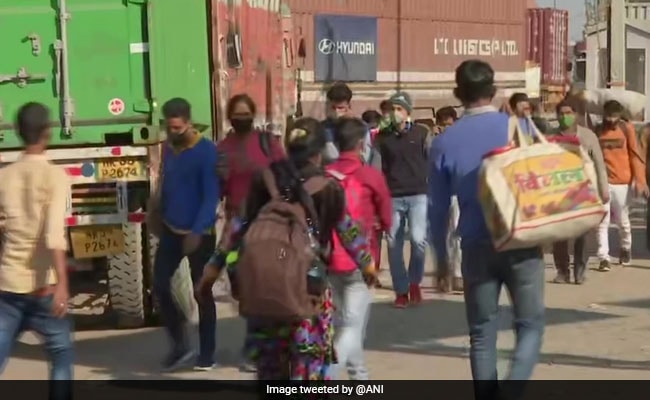 Thousands of farmers have been protesting around Delhi for the past many months.

Public roads should not be blocked, come what may, the Supreme Court said today hearing a plea against the ongoing farmer protest on Delhi borders. Without directly referring to the agitation, the court said the "larger issue" can be solved by other means, but the common man must not be inconvenienced, it said.

The court was commenting on a public interest litigation filed by a Noida resident Monica Agarwal who claimed that "andolans (agitations) destroy the economy and result in violence and blocked roads". Her petition demanded an assurance that the road between Noida and Delhi will be kept clear so that passenger traffic is not affected.

Ms Agarwal said it had become a nightmare to travel to Delhi from Noida which takes two hours instead of the usual 20 minutes.

The Supreme Court issued notices to the Haryana and Uttar Pradesh governments based on the woman's plea. It also notified the Delhi government and police.

"We are not going into the larger issue but are referring to a limited issue. The larger issue can be solved judiciously, administratively, and politically," the court said. "We have been repeatedly saying this that public roads should not be blocked."

The Centre sought two weeks' adjournment and the court agreed, saying it will hear the case on April 19.

Thousands of farmers, mostly from Punjab, Haryana, and western Uttar Pradesh, have camping around three border points of Delhi -- Singhu, Tikri and Ghazipur -- demanding a repeal of the three farm laws enacted by the Centre in September last year. While the agitation itself may not be making waves anymore, localised protests have gone on for months now.