Responding to the incident, Zomato released a statement apologising for the incident and said that the restaurant has been "suspended" from their platform. 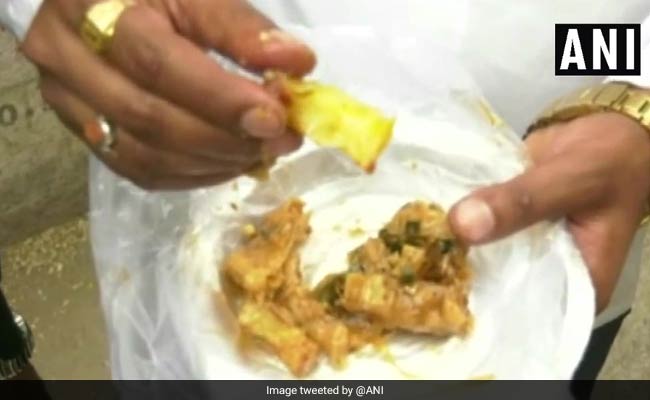 Sachin Jamdare, father of two, alleged that there was plastic fibre in the paneer dishes he had ordered.

"I ordered chilly paneer, paneer masala for my children. When we started eating, my daughter told me that the paneer was very hard and her teeth were hurting while chewing. When I tasted it, I found fibre," Mr Jamdare told news agency ANI.

When he went to the restaurant to complain about the food, they refused to listen to him. Mr Jamdare said, "They did not entertain my issue, saying that maybe the Zomato delivery guy did something."

Mr Jamdare lodged a police complaint about the inedible food. "As per the complainant, the food isn't suitable for consumption. The items have been sent for testing. Action will be taken against the respective company once test reports are received," said police inspector, Shyam Sundar Vasulkar.

Responding to the incident, Zomato released a statement apologising for the incident and said that the restaurant has been "suspended" from their platform. "We are deeply committed to food safety, quality, and hygiene. We apologise for the anguish this incident must have caused to our user," Zomato said in its statement.

Last December, a video went viral on Twitter showing a Zomato delivery person eating food from one of the packets, resealing it and putting it back into the delivery bag. It evoked angry reactions from customers all over the country. After the incident, the company had assured that it would introduce tamper proof tapes and take other precautionary measures to safeguard the quality of the food delivered.