Self-styled godman Falahari Baba was arrested on September 23, 2017, after the rape survivor alleged that she was sexually assaulted at his ashram in Alwar. 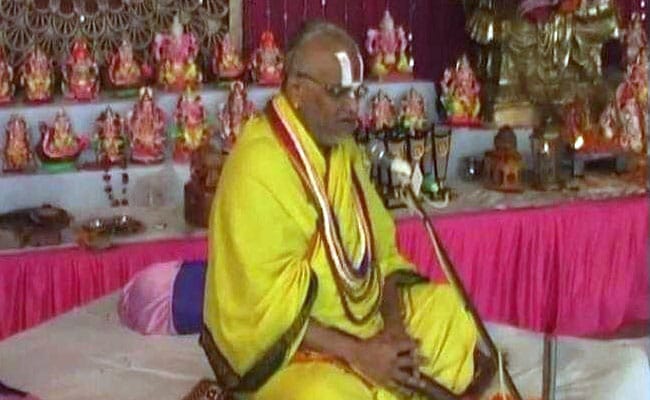 A self-styled godman was sentenced to life imprisonment by a Rajasthan court today, a year after being indicted for the rape of a 21-year-old law student.

Self-styled godman Swami Kaushlendra Prapannachari, better known as Falahari Baba, was arrested on September 23, 2017, after the rape survivor alleged that she was sexually assaulted at his ashram in Alwar. The case was taken up at a local court.

According to police, the woman had gone to meet the godman -- who is believed to live on a fruit-only diet -- at the ashram on August 7. However, his followers asked her to stay the night because he could not meet anybody during an "eclipse". The godman dropped by her room at a late hour and sexually assaulted her.

Despite being warned against approaching anybody, the woman decided to break her silence when another popular spiritual leader -- Gurmeet Ram Rahim Singh -- was taken to court for alleged rape. Falahari Baba was arrested soon afterwards, and laptops, CDs and CCTV footage acquired from the ashram were sent for forensic tests.

The Alwar police filed a chargesheet against the godman after conducting a thorough investigation, which included making him undergo a virility test.

Before his arrest, the godman had made multiple attempts to prevent being taken into police custody. He even checked himself into a private hospital, saying that he had come down with high blood pressure. However, a medical examination by a government doctor revealed that all his health parameters were normal.