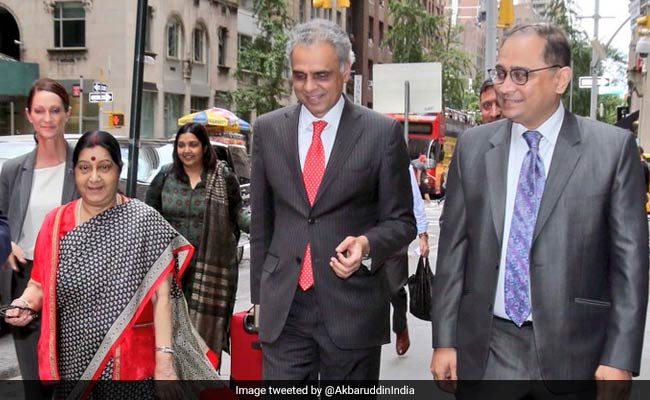 Sushma Swaraj held a series of bilateral meetings with several of her foreign counterparts.

External Affairs Minister Sushma Swaraj held a series of bilateral meetings with several of her foreign counterparts discussing a host of issues, including trade, investment and capacity building.

In another tweet, he said Ms Swaraj and Mr Borrell "explored ways to intensify ties in investment, renewable energy, water treatment, tourism and their contribution to our flagship initiatives."

On the meeting with Nepal, he said, "Close neighbour and a friend! EAM @SushmaSwaraj and Foreign Minister of Nepal, Pradeep Kumar Gyawali met on the sidelines of the #UNGA2018 and took stock of our bilateral relationship."

"Strategic partnership based on common values of democracy, freedom and rule of law," he said in another tweet on Ms Swaraj's bilateral meeting with Ms Mogherini.

The two discussed issues related to trade and investment and exchanged views on the regional and global issues.