Amphan - How Cyclone Was Named

Cyclone Amphan: "Amphan", pronounced as "Um-pun", means sky. The name was given by Thailand in 2004, years ago. 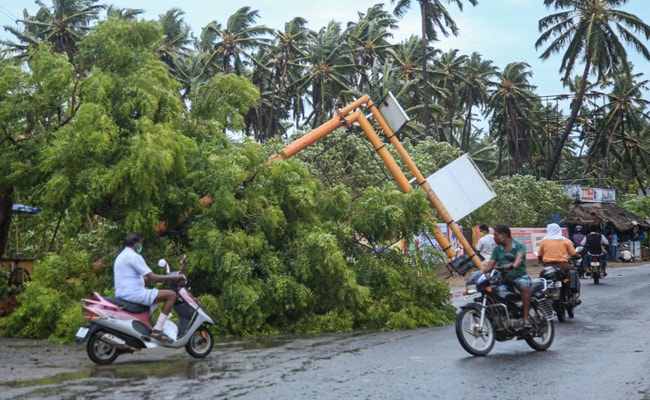 Cyclone Amphan: "Amphan" was the last name on the current list before a new one starts.

Cyclone Amphan, which is expected to hit Bengal on Wednesday, will weaken into an extremely severe cyclonic storm in the next six hours, the Met department has said.

Why is it called Amphan?

The name comes from a list by a grouping of countries, World Meteorological Organisation/United Nations Economic and Social Commission for Asia and the Pacific or WMO/ESCAP. The panel, which includes India, Bangladesh, Myanmar, Pakistan, the Maldives, Oman, Sri Lanka and Thailand, names cyclones in the region.

"Amphan" was the last name on the current list before a new one starts.

The last cyclone was named by Bangladesh - "Fani" which means snake.

Based on suggestions from countries, the group finalised a list of 64 names in 2004 -- eight names from each country.

The new list released in April has 169 names of cyclones, a compilation of 13 suggestions each from 13 countries.

According to the Press Information Bureau, the next few cyclones will be named Nisarga (suggested by Bangladesh), Gati (India), Nivar (Iran), Burevi (Maldives), Tauktae (Myanmar) and Yaas (Oman).

Cyclones that form in every ocean basin across the world are named by the regional specialised meteorological centres and Tropical Cyclone Warning Centres. Names for cyclone are to reduce confusion, make it easier for people to remember and refer to.

The Press Information Bureau lists some criteria for choosing names:

The name should be gender, politics, religion and culture neutral

Should not hurt sentiment

Should not be rude or cruel or offensive

Should be short, easy to pronounce

Maximum length should be eight letters