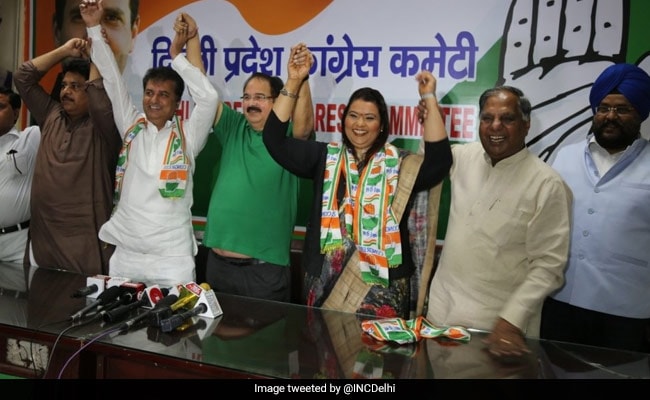 Welcoming Ms Kaur to the party, senior Delhi Congress leader AK Walia hoped that she will work to strengthen the party through her experience in social work and legal profession.

Buta Singh, who had contested the 2014 Lok Sabha polls from Jalore as a Samajwadi Party candidate and later rejoined the Congress, was also present on the occasion.

Both Ms Kaur and Mr Pandit said they will work for the Congress as per directions of its leaders Rahul Gandhi and Ajay Maken.