The CBI had taken over the case from the state police in 2015 on orders of a division bench of the Jammu and Kashmir High Court. 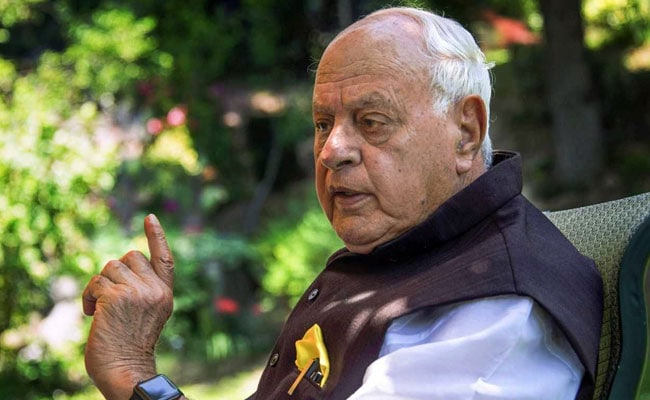 In January, CBI had record the statement of Farooq Abdullah over the multi-crore scam

Former Jammu and Kashmir Chief Minister Farooq Abdullah has been charged by the CBI in a corruption case linked to the state cricket body. The CBI today filed a charge sheet against Mr Abdullah and three others for allegedly misappropriating over Rs 43 crore from grants given by the BCCI to the Jammu and Kashmir Cricket Association for promoting cricket in the state between 2002 to 2011.

The CBI has charged Mr Abdullah and three others -- the then JKCA general secretary Md Saleem Khan and the then treasurer Ahsan Ahmad Mirza, as also J&K Bank executive Bashir Ahmad Misgar - for criminal conspiracy and criminal breach of trust.

In a statement, Mr Abdullah's party, the Jammu and Kashmir National Conference, said he has full faith in the judicial system and re-asserts his commitment to cooperate with the court's proceedings.

"It was Farooq Abdullah who sought the registration of an FIR relating to this matter in the first place. Dr Farooq Abdullah has led his life guided by the strictest principles of selfless public service and probity. He is certain that truth shall prevail," the party said.

The CBI had taken over the case from the state police in 2015 on orders of a division bench of the Jammu and Kashmir High Court.

The judges had pronounced the order on September 3, 2015, after a public interest litigation or PIL filed by two cricketers -- Majid Yaqoob Dar and Nissar Ahmad Khan -- into the alleged scam.

Mr Abdullah in his response to the high court had refuted the allegations claiming that his name was being dragged to tarnish his political image.

The alleged scam was earlier investigated by a special team of the state police, which had failed to conclude its probe after nearly three years, prompting the High Court to hand it over to the CBI in 2015.