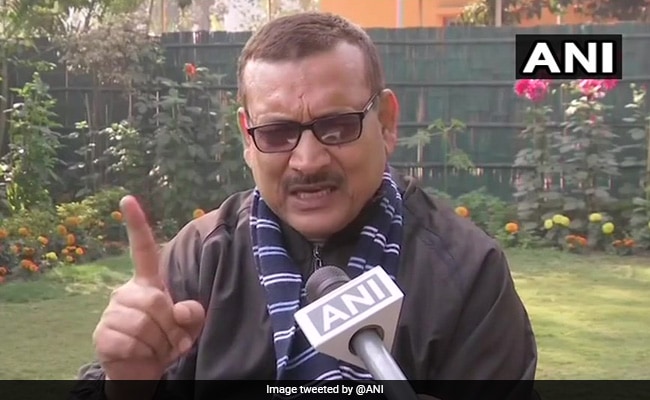 Bihar Elections 2020: Gupteshwar Pandey's chances in the Bihar elections are now under a cloud.

"To give Gupteshwar Pandey a ticket or not is their internal matter. I had asked BJP leaders if they would campaign for him. Perhaps that was the reason he was denied a ticket," Mr Deshmukh said today with a smirk.

The Director General of Police (DGP) in Bihar till then, Mr Pandey opted for voluntary retirement from service on September 22, five months ahead of completing his official tenure. Five days later, on September 27, he joined the state's ruling JD(U) after the mandatory three-month cooling off period was waived for him to join politics.

The former DGP was then widely believed to be the JD(U)'s candidate from his home town of Buxar for the Bihar elections beginning October 28.

This move by JD(U) was widely criticised by the Nationalist Congress Party (NCP) as well as the Congress, part of Maharashtra's ruling combine.

Earlier, on September 28, the Congress, too, had raised similar questions. "It will be quite painful if BJP's ally JD(U) gives ticket to Gupteshwar Pandey, who had insulted Mumbai Police and defamed Maharashtra, at a time when Devendra Fadnavisji is BJP's Bihar in-charge," party spokesperson Sachin Sawant had tweeted.

These comments were in reference to Mr Pandey's role in probing the case of Bollywood actor Sushant Singh Rajput's death in Mumbai in June. The former DGP accused the Maharashtra government and Mumbai Police of trying to scuttle the Bihar cops' probe into Mr Rajput's death.

However, when the JD(U) seat-sharing arrangement with BJP was announced, the Buxar seat went to the BJP, raising doubts over Mr Pandey's chances.