His meeting with the Congress chief comes after party leaders held talks with him in the last two months. 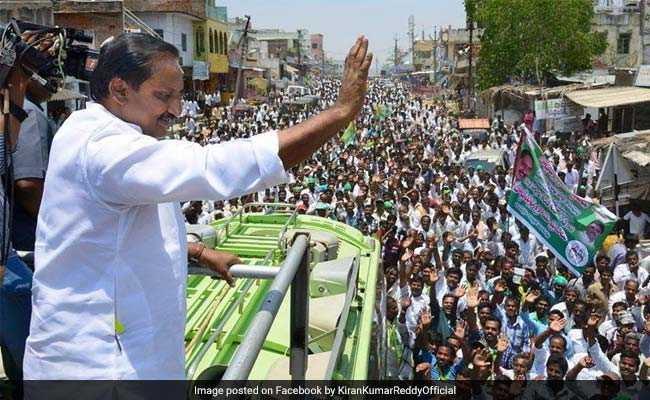 Former Andhra Pradesh chief minister Nallari Kiran Kumar Reddy is set to return to the Congress and the formality is expected to be completed after a meeting with party president Rahul Gandhi in New Delhi on Friday.

Mr Reddy, who quit as chief minister and the Congress in February, 2014 protesting against bifurcation of Andhra Pradesh, reached the national capital on Thursday for meeting Mr Gandhi, party sources in Amravati said.

His meeting with the Congress chief comes after party leaders held talks with him in the last two months.

The last Chief Minister of the united Andhra Pradesh, Reddy, after quitting  floated the Jai Samaikya Andhra party and fought the 2014 elections, but failed to make a mark.

At one point, speculation was rife that Mr Reddy might join the BJP, but it did not materialise and he had been staying away from active politics for the last four years.

A former cricketer, Mr Reddy turned into an avid golfer in the past four years, one of his close friends, who too plays golf, said.

With the state assembly and Lok Sabha elections due next year, the Congress leadership started negotiations with Mr Reddy over the past few months, seeking his to return to the parent organisation.

While conveying his inclination to make a comeback, Mr Reddy has reportedly sought a key position in the All India Congress Committee, befitting his stature.

The former Chief Minister, a bete noire of TDP supremo and chief minister N Chandrababu Naidu, is said to be keen on becoming an AICC General Secretary and has conveyed this to senior party leaders, who were in touch with him in recent days, the sources said.

Mr Reddy also discussed his possible return to the Congress with his close friends to elicit their views.

Everyone is in favour of his return to the Congressfold, a close aide of the former chief minister said.