In October, the lawmakers had visited Jammu and Kashmir, where restrictions have been in place since the Centre stripped the state of its special status. 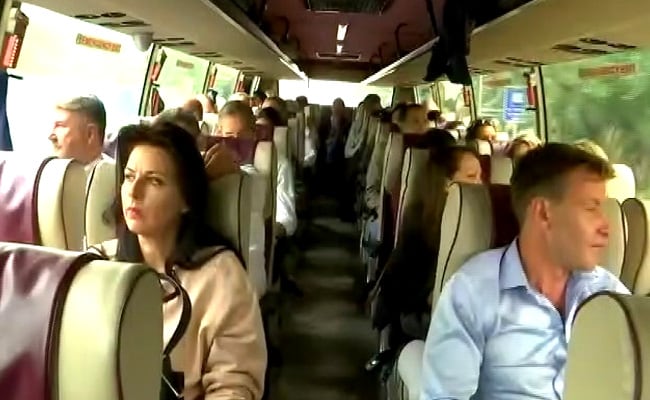 The Congress had dubbed the visit an "immature, ill-advised and ill-conceived PR exercise" (File)

The MPs of European Union who visited Jammu and Kashmir last month, were on a private visit, the government told parliament today. They were allowed to visit as part of the system of "familiarisation visit" the Union Home Ministry said in response to a question by Samajwadi Party MP Chaudhary Sukhram Yadav.

"Such exchanges promote deeper people to people contact and ultimately it feeds into the larger relationship which any two countries would like to develop," the ministry's response read.

In October, 23 lawmakers had visited Jammu and Kashmir, where restrictions have been in place since the Centre stripped the state of its special status granted under Article 370 and split it into two Union Territories. The visit took place as political leaders from the US and the European Union expressed concern about the situation in the Kashmir valley and the restrictions that are there.

The Congress had dubbed it an "immature, ill-advised and ill-conceived PR exercise" by the government. It had also questioned the source of funding and asked why the organiser of the visit, Madi Sharma, had access to the Prime Minister.

Today, the home ministry reiterated that the "Indian delegation of MPs were not allowed to visit Kashmir Valley due to security concerns".

The government maintained that such engagements were facilitated as they serve larger national interests. The foreign ministry had said such visits will continue in future, depending on the ground situation.

"We will engage with people belonging to a range of social spectrums in other countries. This is being done to promote our foreign policy... (it) promotes people to people contact," the ministry spokesman had said.

During a discussion on Kashmir in the Lok Sabha today, Union Minister Amit Shah said most of the restrictions in Jammu and Kashmir have been lifted.

"I agree that the internet is important for information. But when it is a question of the security of the country and the citizens of the Kashmir valley and the question of fighting against terrorism, we have to decide our priority," Mr Shah said.