The Enforcement Directorate had last month questioned and recorded the statements of Chanda Kochhar and Deepak Kochhar over multiple sessions at its office in Delhi. 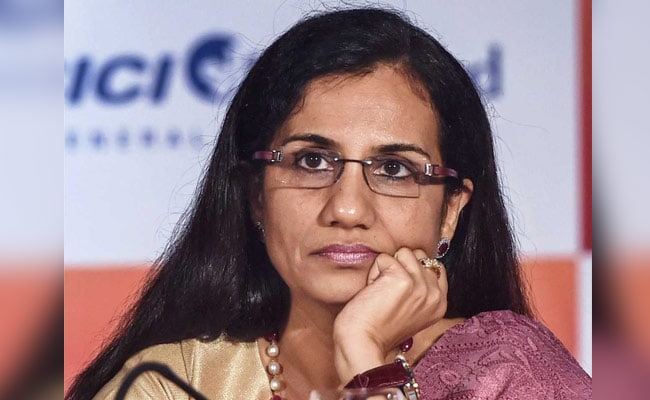 The three deposed as part of a regular summon and their statement is being being recorded under the Prevention of Money Laundering Act (PMLA), they said.

They have been grilled by the central agency in the past in connection with the alleged corruption case involving the bank and Videocon group.

The ED had last month questioned and recorded the statements of Chanda Kochhar and Deepak Kochhar over multiple sessions at its office in Delhi.

The agency is also preparing to analyse the details of assets of the Kochhars and others so that they can be provisionally attached under the anti-money laundering law.

The Kochhar couple and Dhoot were questioned at the ED's zonal office in Mumbai after the central agency conducted raids on March 1.

The searches were conducted at the premises of Chanda Kochhar, her family and Dhoot in Mumbai and Aurangabad cities.

The ED registered a criminal case under the PMLA earlier this year against Chanda Kochhar, Deepak Kochhar, Dhoot and others to probe alleged irregularities and corrupt practices in sanctioning Rs 1,875-crore of loans by ICICI Bank to the corporate group.

This action of the agency was based on a complaint registered by the Central Bureau of Investigation.

The CBI has named all the three and Dhoot's companies -- Videocon International Electronics Ltd (VIEL) and Videocon Industries Limited (VIL) -- in its case.

The CBI alleged that Dhoot had invested in Nupower through his firm Supreme Energy in a quid pro quo to loans cleared by ICICI Bank after Chanda Kochhar took over as the bank's CEO on May 1, 2009.

During its preliminary enquiry, the CBI found that six loans worth Rs 1,875 crore were sanctioned to the Videocon Group and companies associated with it between June 2009 and October 2011 in alleged violation of laid-down policies of ICICI Bank, which have now become part of the probe.

The ED, sources said, is also probing at least two other instances of loans given by the ICICI Bank (during Chanda Kochhar's tenure) to Gujarat-based pharmaceutical firm Sterling Biotech and to Bhushan Steel group, both of which are under its probe for alleged money laundering charges.