Four civilians also died in clashes with security forces as anti-terror operations were on in Shopian and Anantnag in Jammu and Kashmir.

Srinagar: Thirteen terrorists were killed in multiple pre-dawn operations in Shopian and Anantnag in Jammu and Kashmir on Sunday. Three Army personnel lost their lives in the operations. Two of the killed terrorists were responsible for the murder of Army officer Ummer Fayaz who was dragged out of a wedding and shot dead last year. A terrorist was caught in one of the encounters.

Four civilians also died in clashes with security forces. A top army commander said they died away from encounter sites, during a "law and order situation" in Shopian district.

On Saturday night, the security forces launched operations at three places simultaneously - one in Anantnag and two in Shopian districts - after a tip-off about the presence of large number of terrorists. The terrorists had gathered at these spots to plan attacks, the police said. They meant to target security personnel, the police said.

The encounter at Kachdoora area of Shopian, which started in the early hours on Sunday, proved to be the toughest. During the 15-hour gun-battle, three terrorists were killed, but the Army also lost three soldiers and four other personnel were injured.

Less than 20 km away, at Draggad village, seven terrorists were killed inside a house where they had taken shelter. Sources say there was not much resistance and after a brief shootout, all seven local terrorists were killed. The police and army said they were pained at the loss of young lives and appealed to local militants to given up the gun. 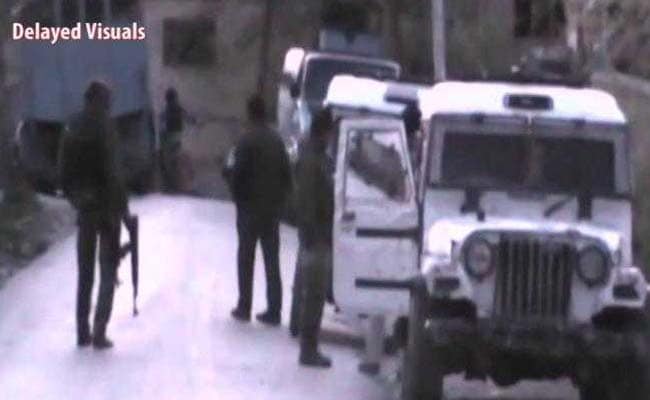 Security forces had launched the operations at three places simultaneously in south Kashmir.

"Unfortunately, in the process, we lost the house owner who was inside with the terrorists," said an army spokesperson.

At Dialgam in Anantnag district, a terrorist was killed and another surrendered.

The local police chief made a special effort and spoke to the family members of a terrorist, "to convince him to surrender, but the terrorist did not," said state police chief SP Vaid.

The news of the terrorists' killings triggered civilian protests. Clashes erupted in both spots of Shopian after the locals tried to march towards the encounter site.

Promoted
Listen to the latest songs, only on JioSaavn.com
One civilian was killed in Shopian's Dragad and one in Kachdoora. At least 50 people were injured in the clashes -- 25 people received pellet injuries and 6 received bullet injuries, the army said. Many of them have been admitted at a hospital in Shopian.

There have been reports of clashes from other parts of south Kashmir as well and a large number of police and paramilitary forces have been deployed across the Valley to maintain law and order. Train service between Srinagar and Banihal has been suspended and Internet services have been blocked in south Kashmir.