Over 960 terrorists have been killed in Jammu and Kashmir in the last five years, according to the government. 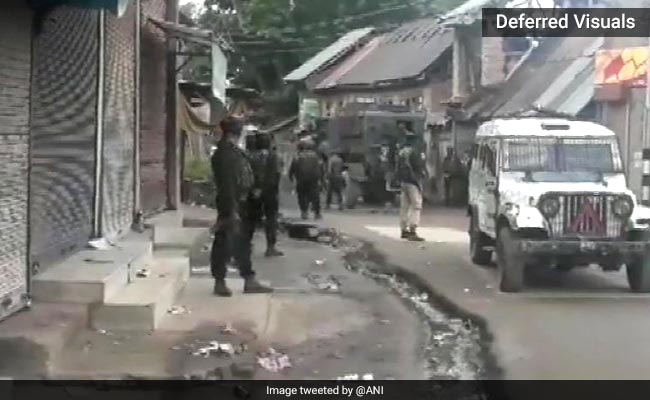 Over 960 terrorists have been killed in Jammu and Kashmir in the last five years.

Two terrorists were on Saturday killed in separate encounters with security forces in Baramulla and Shopian districts of Jammu and Kashmir, police said.

Security forces launched a cordon and search operation in Malmapanpora area of Sopore following specific information about the presence of terrorists there. The operation turned into an encounter after the terrorists fired at the search party, a police official said. The terrorist was killed in the gunfight, they added.

In another operation which began in Pandushan area of Shopian on Friday, the security forces killed a Jaish-e-Mohammad (JeM) terrorist Manzoor Bhat. On Friday, another JeM terrorist Zeenat ul Islam Naikoo, a resident of Memandar area of Shopian, was killed in the gunfight, the officer said.

Over 960 terrorists have been killed in Jammu and Kashmir in the last five years, according to the government. During a discussion in the Lok Sabha, Union Minister of State for Home G Kishan Reddy recently said that the security forces were taking proactive action against terrorists, as per the government's zero tolerance policy towards terrorism.

"Due to concerted and synergised efforts of security forces, 963 terrorists have been neutralised in the state of Jammu and Kashmir since 2014 till June 2019. However, during these operations, 413 security forces personnel have also lost their lives," Mr Reddy said, replying to a written question.

Terror incidents in Kashmir have reduced by 86 per cent in the last decade as compared to previous decade, he said.

Mr Reddy also said the number of terrorist incidents has substantially reduced between April 1, 2009 and June 30, 2019 as compared to the previous decade.