More than 200 students of Mumbai's Tata Institute of Social Sciences (TISS) boycotted classes and held a protest march today in solidarity with counterparts in Jamia Millia Islamia and Aligarh Muslim University. Visuals of the march, an unusual sight in Mumbai, show large numbers of students marching peacefully along the side of a busy road carrying posters that say: "We are not second-class citizens" and "Student Solidarity > (is greater than) Modi-Shah solidarity". The students were joined by some members of TISS faculty who held up placards reading: "No police/state violence on campuses. In solidarity with Jamia, AMU, JNU. No CAB/NRC".

Students of Mumbai University have also planned a protest for 4 pm.

"This is majorly about the Citizenship (Amendment) Act, or CAA, but students of Jamia and AMU, and in the North East, who are protesting have faced so much police brutality. The student community is agitated... they are targeting Muslim students," Kapil, one of the protesting TISS students told NDTV.

"It is shameful on part of Home Minister Amit Shah and Delhi Police and police elsewhere. We are not going to shut up now," he declared. 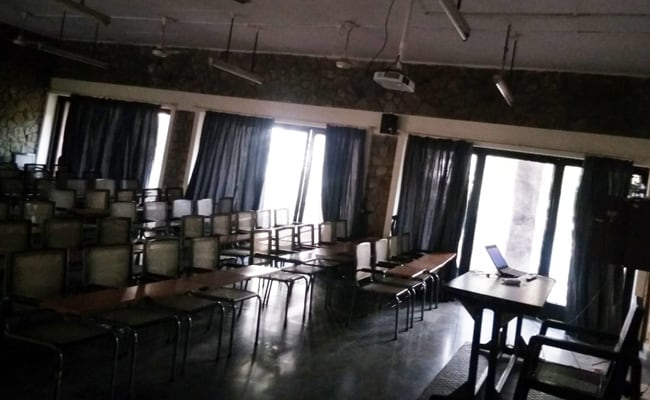 Protesting TISS students say they have two demands, starting with the complete rollback of the new citizenship law and the National Register of Citizens (NRC) exercise, both of which they said were against the spirit of India and the Constitution.

The students also demand police action against their community be stopped immediately.

Student protests, some violent, have spread across the country like wildfire in the hours following a police crackdown at Delhi's Jamia Millia Islamia late Sunday evening after a protest march against the new citizenship law ended in violence.

This morning violence broke out briefly in Uttar Pradesh's Nadwa University, where students threw stones at the police who locked campus gates to stop the protest from spilling over into public roads. 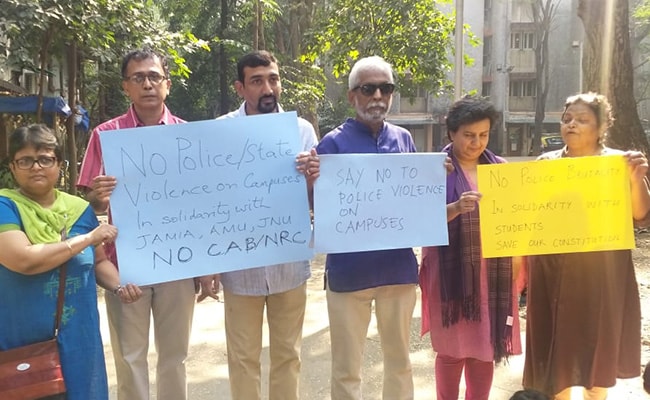 Around midnight on Sunday violence also broke out at Aligarh Muslim University (AMU), where students bent on holding a solidarity march with Jamia students clashed with the police. Ten policemen and around 30 students were injured and the police demanded that the students vacate the hostels. Internet has been blocked in the city and the university closed till January 5.

In the Jamia protests that began early on Sunday evening and continued through the rest of the day, buses and two-wheelers were set on fire and several students and cops were admitted to city hospitals.

Around 100 students were detained and released in the early hours of Monday after a massive peaceful protest was mounted outside Delhi Police Headquarters by students from Jamia, Jawaharlal Nehru University and Delhi University. 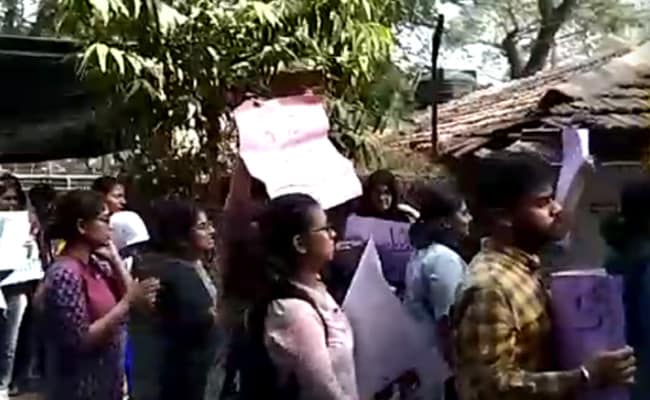 The controversial new citizenship act, passed by parliament and signed into law in the space of four days, makes it easier for non-Muslims from Pakistan, Afghanistan and Bangladesh to become Indian citizens. Critics say the law discriminates against Muslims and is against secular principles of the constitution.

The Supreme Court has agreed to hear a petition against the police crackdown on students tomorrow but has said "the rioting must stop".