Mr Gaikwad had assualted a 60-year-old airline executive '25 times with' his slipper. (File)

NEW DELHI: When Shiv Sena lawmaker Ravindra Gaikwad was seen pummelling an Air India employee and then bragging about in on television channels, the civil society was as shocked and angry as the airline's employees. So when the airline decided to ban the lawmaker from their flights demanding an apology, triggering a similar boycott by other airlines, many wondered what made the national carrier stand up for itself.

Even a month after the incident, Air India's 58-year-old chief, Ashwani Lohani has no hesitation in standing by his tough stance.

"Our employees are most important to me. I could get a sense from everyone that they were very, very upset and so we decided to file a police case... They are all feeling much better now,'' he told NDTV in an exclusive interview breaking his silence for the first time since the episode.

Asked how he gauged his employees' mood, and whether he had a townhall, he said, "I used to have town halls earlier, but it is my job to sense what everyone is feeling.'' 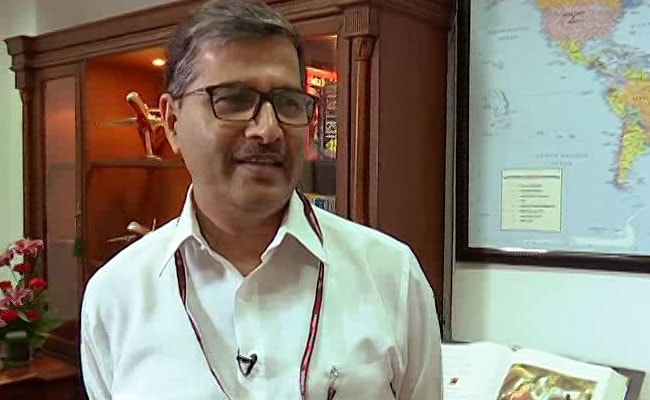 Mr Gaikwad, who demanded a business class seat on an all-economy flight, had hit a 60-year-old airline executive "25 times with my slipper" when he came to reason with him. The ban was lifted on April 7, after the civil aviation ministry had stepped in and issued written instructions to the airline. Mr Gaikwad was back in an Air India flight on April 20.

This was not the first time Mr Lohani has taken such tough action.

In November 2015, months after he joined Air India, a YSR Congress lawmaker, Mithun Reddy, slapped a station manager in Tirupati. Then, Mr Lohani ensured that Mr Reddy didn't just face an FIR, he was also arrested.

Asked why Mr Gaikwad wasn't arrested, he said, "I don't know why. We pushed for maximum action".

Asked if it was because Mr Gaikwad's party, the Shiv Sena, had threatened to stop Air India flying out from the Mumbai airport, he said, "Not at all. It wasn't because of all this. You'll have to ask them".

Promoted
Listen to the latest songs, only on JioSaavn.com
Mr Lohani did clarify, however, that in the last instance, there was no flight ban. Did he have a word with other airlines like Indigo and Jet to implement the ban? "I don't want to go into the details, but I am happy that they all supported,'' he said.

The AI chief said they were finalising the guidelines for the 'No Fly list' for unruly passengers who would be fined Rs 15 lakh for delaying flights. "There can be no compromise on safety and situations like this (Gaikwad) undermines safety. What if this happened mid-air?'' he asked.