Madhya Pradesh Chief Minister Kamal Nath accepted that "the result was not in our favour" and offered PM Modi and the BJP his congratulations, before saying the Congress would "figure out what went wrong" 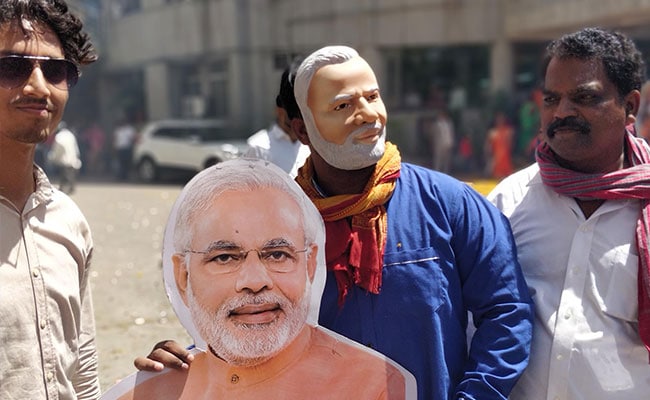 The Congress contested the 2019 Lok Sabha election in Madhya Pradesh on a high after overturning a 107-seat deficit to the BJP between the 2013 and 2018 Assembly polls. A similar performance was expected in national polls, but the party failed, spectacularly, to deliver.

It was a re-run of the saffron wave in the heartland state; Prime Minister Narendra Modi's BJP improved on its 2014 haul of 27 from 29 seats, winning 28 and leaving the Congress with just the Chhindwara seat won by Nakul Kamal Nath, Chief Minister Kamal Nath's son.

As a result, the survival of the Congress government in the state may be in jeopardy.

"This is true that the result is not in our favour. I congratulate Modi and the BJP for their great win. This happens in a democratic country. We will figure out what went wrong and what the alternatives are," the Chief Minister said after the defeat.

Among the high-profile casualties from the party are former Chief Minister Digvijaya Singh, who lost by 3,64,822 votes to 2008 Malegaon blast accused Pragya Singh Thakur of the BJP, and Jyotiraditya Scindia, who was beaten by former aide KP Yadav.

Former Union Minister Kantilal Bhuria, who lost to Ratlam Jhabua; and ex-PCC chief Arun Yadav, who was beaten by Nandkumar Singh Chouhan, were also among the Congress leaders defeated.

The BJP, for its part, has claimed they've evened the score after defeat in the 2018 polls.

"Revenge" might also translate into trouble for the Kamal Nath-ruled state government. The BJP has already begun demanding the resignation of the Chief Minister and his cabinet.

"Though they have only one Chief Minister but actually three Chief Ministers used to rule the state. Two of them lost, even lost the capita Bhopal. Now Congress does not have moral authority to stay in power and Chief Minister Kamal Nath must resign from his post," Rakesh Singh, chief of the BJP state unit told NDTV.

Mr Singh was referring to the defeat of both Digvijaya Singh and Jyotiraditya Scindia, who were among the candidates for the post that eventually went to Mr Nath.

The situation in which the Congress had to choose between three candidates prompted a mocking tweet from PM Modi, who said, "The Madhya Pradesh Congress is 'amazing'! they have three leaders but zero vision for the state. To belittle MP, they share images from other nations and claim the images are from MP."

Antibody Cocktail Used In Covid Treatment Gets Emergency Use Approval