In a letter to the Chief Election Commissioner, Akhilesh Yadav's party claimed that airing of the polls is a violation of the model code of conduct and they can misguide the voters and influence the election. 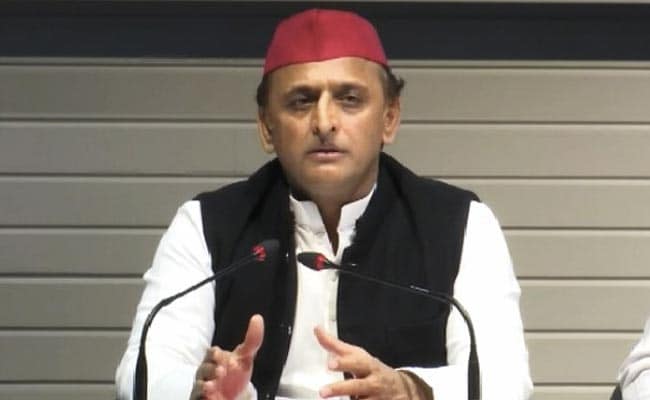 Akhilesh Yadav has emerged as a key challenger to the BJP. (File)

The Samajwadi Party has urged the Election Commission to stop the opinion polls from being aired on some news channels with immediate effect.

In a letter to the Chief Election Commissioner, the party claimed that airing of the polls is a violation of the model code of conduct and they can misguide the voters and influence the election.

In a statement issued on Sunday, the party's chief spokesperson Rajendra Chaudhary said, "SP's UP unit chief Naresh Uttam Patel has written a letter to the Chief Election Commissioner stating that the voting for the final phase of the seven-phase UP election will be held on March 7, while counting of votes will be held on March 10."

"However, some news channels are showing opinion polls, which violates the model code of poll conduct, misguides the voters and also influences the poll," he said.

Mr Patel demanded that for free, fair, and impartial polls, opinion polls being aired on some news channels should be stopped with immediate effect, the statement said.

Reacting to the plea, Uttar Pradesh Bharatiya Janata Party's spokesperson Rakesh Tripathi termed it as "desperation" on the part of SP chief Akhilesh Yadav, who he claimed was staring at a possible electoral defeat.

"Sometimes he (Yadav) raises questions on the impartiality of the Election Commission, and sometimes he cries stating his weakness vis-a-vis the campaigning through the digital medium. Now, he is demanding that the surveys should be stopped," Mr Tripathi said.

"The reality is that he is feeling disturbed by the popularity of Prime Minister Narendra Modi and UP Chief Minister Yogi Adityanath," he added.

Mr Tripathi said the banning of opinion polls would not save the SP from an electoral defeat.