On electoral rolls, the Election Commission would like to have the views of parties on measures to improve the accuracy, transparency and inclusivity of electoral rolls in view of the coming elections. 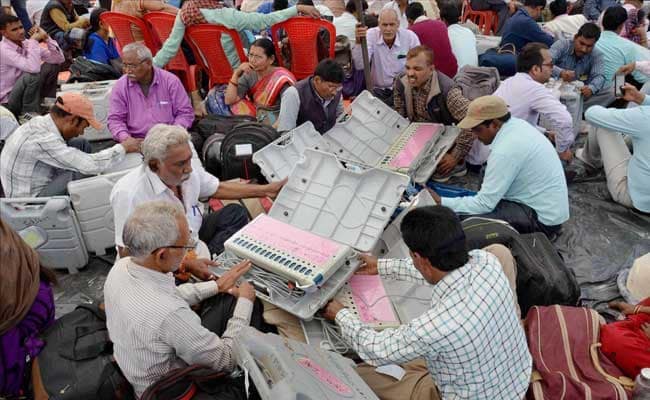 The general election will be held in 2019

Ahead of the coming elections to Lok Sabha and for assemblies, the Election Commission has convened a meeting of all recognised national and state parties on Monday to discuss various issues including the fidelity of electoral rolls and gender representation in political parties.

On electoral rolls, the Commission would like to have the views of parties on measures to improve the accuracy, transparency and inclusivity of electoral rolls in view of the coming elections.

Apart from the issue of fidelity of electoral rolls, views are also invited on measures that parties can undertake to enhance representation of women within the organisational structure of the political party as well as in the candidate selection for contesting elections to legislative bodies.

Discussion on enforcement measures to ensure timely submission of annual audited reports and election expenditure reports are also on the agenda.

Another issue that will come up in the meeting relates to election campaign silence period. The discussion on this topic would also cover inclusion of print media within the ambit of the provisions of the Representation of the People Act, 1951 and the issue of online canvassing to promote or prejudice the electoral prospects of a party or candidate on social media during the last 48 hours before conclusion of polling.

Important issues like alternative modes of voting for domestic migrants and absentee voters, and the views and feedback of the political parties regarding efforts to encourage participation of voters with disabilities will also be discussed.

The Commission said views and feedback of political parties regarding its efforts to expand outreach and encourage broad based inclusive electoral participation will also be invited.