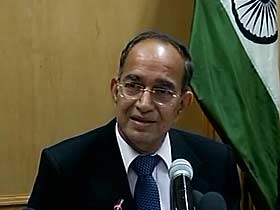 New Delhi: The Election Commission today announced election dates for five states - Madhya Pradesh, Rajasthan, Chhattisgarh, Mizoram and Delhi - seen as a semi-final round before the national polls due in May. Here are the highlights from the press conference being held in New Delhi: