How And When Eid Is Celebrated, Important Dates

Eid-ul-Adha is celebrated as a public holiday in Muslim countries. Eid-ul-Adha for the year 2018 will be celebrated on August 22. 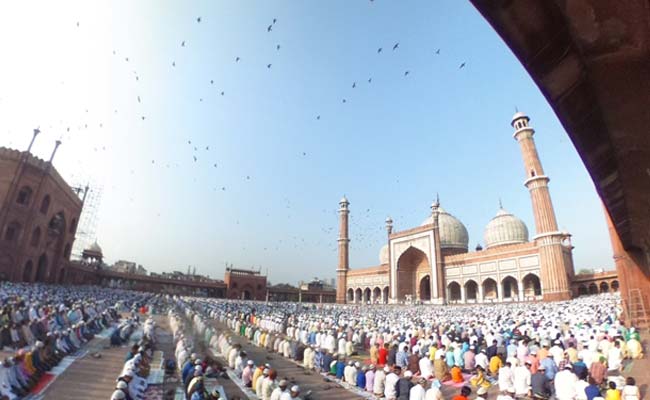 Eid-ul-Adha, which is known as the 'festival of sacrifice', is the second most important festival in the Muslim calendar. Eid-ul-Adha is celebrated as a public holiday in Muslim countries. Eid-ul-Adha for the year 2018 will be celebrated on August 22.

During Eid-ul-Adha, a sheep or a goat is sacrificed. This is done in order to remember Ibrahim and his willingness to sacrifice his son in order to show that he was obedient to God.

On Eid, Muslims wear their best clothes and go to prey in mosques. As a part of their prayers, they thank Allah for the blessings they have received.

Presents are also given to friends and family on the occasion of Eid.

Muslims also undertake the holy pilgrimage to Makkah or Mecca, located in the Muslim nation of Saudi Arabia.

Around 2 million Muslims from all over the world come to Mecca and stand before the Kaaba. The Kaaba shrine in Mecca was built by Ibrahim in order to praise Allah.

It is said that Muslims must undertake a visit to Mecca at least once in their lives, if possible.

Pilgrims in Mecca are known as Hajjis. They wear simple white clothes during their pilgrimage. The clothes are called Ihram and their purpose is to strengthen the bonds of brotherhood and sisterhood. They show that in the eyes of Allah, everybody is equal.