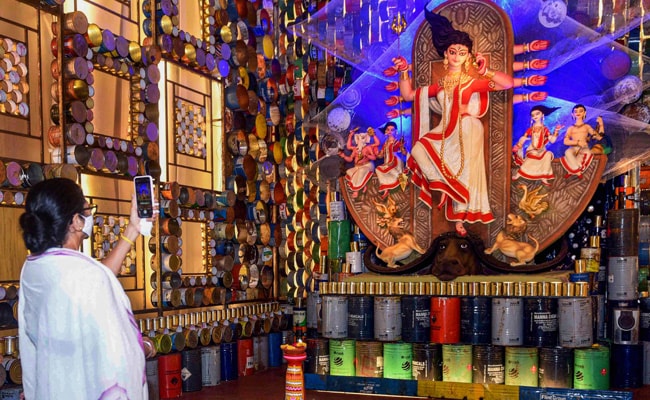 On the auspicious occasion of Durga Puja, Bangladesh Prime Minister Sheikh Hasina has sent a congratulatory note and gifts for West Bengal Chief Minister Mamata Banerjee on Monday. "The gifts were channelled through the protocol wing of the premier's office," an official working in Bangla Desh Prime Minister's office told news agency Press Trust of India. The five-day Durga Puja begins on October 22.

The gifts, sent via the Benapole-Petropole land route, will be delivered to Mamata Banerjee through the Bangladesh deputy high commission in Kolkata. Reports suggest, the gifts included a sari, sweets and flowers.

The West Bengal Chief Minister on Friday inaugurated several well-known Durga Pujas in Kolkata and urged people to follow the Covid-related protocol during the festivities. Ms Banerjee has virtually inaugurated over 70 Durga Pujas across the state. She has also visited a few pandals. 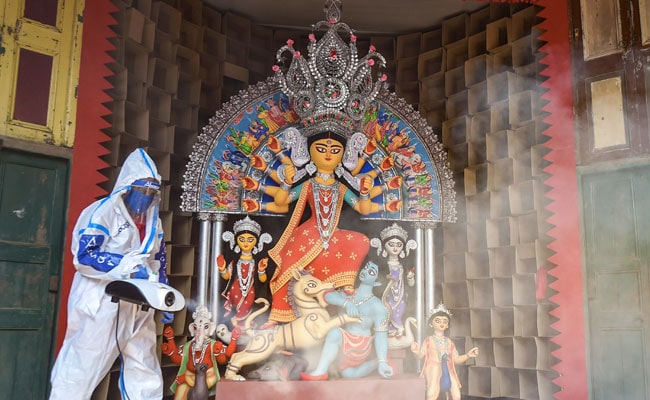 Durga Puja 2020 Image: A puja pandal in Kolkata being sanitized

Meanwhile, the Calcutta High Court today said that the Durga Puja pandals will be no-entry zones for visitors. Only organisers will be allowed inside the pandals, the court said, limiting the number to 25 for big pandals and 15 for the smaller ones in view of the coronavirus outbreak.

In Gujarat too, the famous Garba dance gatherings during Navratri have not been allowed by the state government fearing the rapid spread of the infection. Only small prayer events for Durga Puja with a limited number off people have been allowed this year.