Drupad Borgohain died at a private nursing home in Dibrugarh today after a long illness. 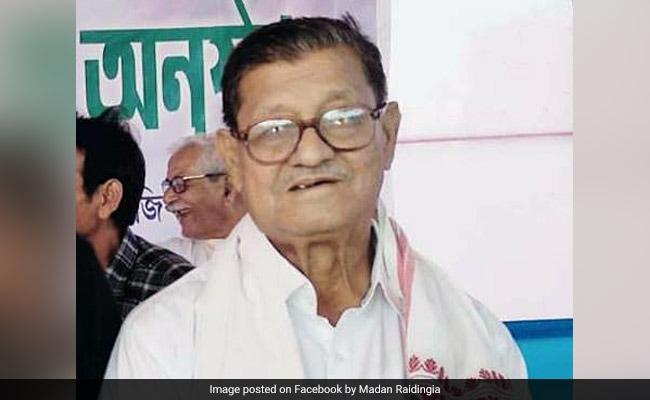 Drupad Borgohain was reportedly being treated for kidney-related disease.

Drupad Borgohain, a veteran communist leader and parliamentarian from Assam, died at a private nursing home in Dibrugarh today after a long illness. He was 78 and was reportedly being treated for kidney-related disease.

Born on November 7, 1941 in Sivasagar, Mr Borgohain started his career as a teacher before moving to politics.

Mr Borgohain was a member of the Rajya Sabha between 1998 and 2004 and served as a legislator from Nazira constituency from 2006-2011 in the Assam assembly. He was also a former secretary of the Assam state council of the Communist Party of India (CPI). He also also elected as the president of Assam state council of All India Kisan Sabha(peasants' movement).