Drone Crashes Into Farmer's Field In Karnataka During Trial

Defence Research and Development Organisation (DRDO) said the unmanned aerial vehicle lost contact on approach yesterday and landed outside the boundary of its campus nearby. No one has been injured. 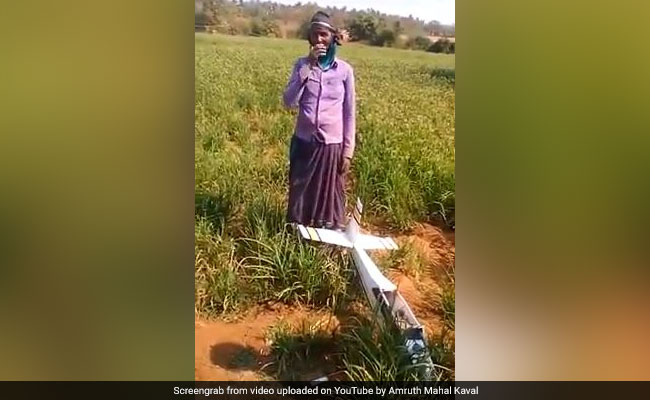 The one-minute video clip shows a woman standing in the field, next to the fallen drone.

New Delhi: A video has emerged that shows a small drone or an unmanned aerial vehicle that crashed during a trial in a farmer's field near Chitradurga in Karnataka, about 200 km from Bengaluru. The drone belongs to the state-owned Defence Research and Development Organisation (DRDO). The organisation said the vehicle lost contact on approach yesterday and landed outside the boundary of its campus nearby. No one has been injured.

The one-minute video clip shows a woman standing in the field, next to the fallen drone. The Environment Support Group, which released the video, said she ran away from the spot when the drone crashed at around 9 in the morning on Wednesday. DRDO calls it the drone aerial target vehicle.

DRDO has several labs near Challakere, where the drone crashed. Environmental activists oppose the setting up of a Science City in the region.

In April last year, an unmanned aerial vehicle of the Indian Air Force crashed in Odisha during a trial. Nobody was hurt in the incident.

The aircraft called 'Lakshya' was being tested at the Integrated Test Range at Chandipur in Odisha's Balesore district and it crashed in an open ground near Chandamani at Baliapal.

Promoted
Listen to the latest songs, only on JioSaavn.com
Developed by the Defence Research and Development Organisation (DRDO), the Lakshya is a pilotless target aircraft or PTA that acts as a reusable aerial target system.

Drones are very actively used in warfare and India buys almost all its drones from the USA and Israel. To push Prime Minister Narendra Modi's Make in India plan, efforts are being made to indigenously develop these. India is developing a drone called 'Rustom-II' which has an imported engine. The unmanned combat air vehicle also suffered a crash recently. 'Rustom-II' completed its successful maiden flight in November 2016.