'India Was Runner-Up In Defence Tech, No Trophy For That': Ajit Doval At DRDO Meet

NSA Ajit Doval made a strong pitch for the modernisation of India's security, calling for "need-based" development of military technology and improved intelligence networks 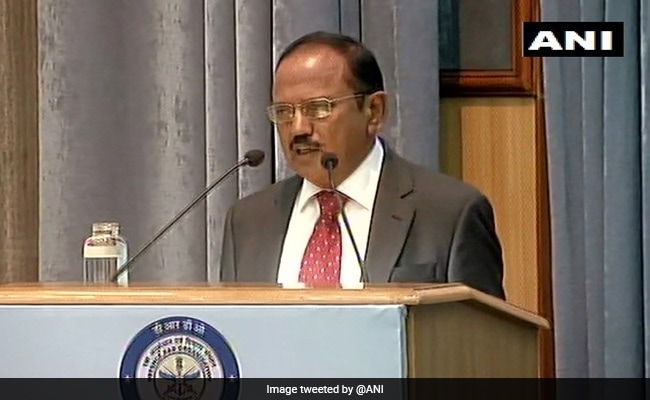 Armies that are better equipped decide the destiny of mankind, National Security Adviser Ajit Doval said at a meeting of Defence Research and Development Organisation (DRDO) chiefs in Delhi today. Speaking a day after he addressed heads of Anti-Terrorism Squads (ATS), where he attacked Pakistan for making terrorism "state policy" and highlighted pressure exerted by global anti-terror watchdog Financial Action Task Force (FATF) to rein in money laundering operations that financed terror activities, Mr Doval said technology and money were crucial to the success of any military operation.

"Either you're better than your adversaries or you're not there at all. In the modern world technology and money are the two things that influence geopolitics. Who wins... and who loses... depends on which side has preponderance over adversaries on these two factors," Ajit Doval said, adding, "Of these two, technology is more important".

"India's own historical experience on this (the race to develop military technology) has been sad, we were the runner-up. There is no trophy for the runner-up," he said, adding, "India's security vulnerabilities are much greater today and they are going to be much more greater in the times to come".

Making a strong pitch for the modernisation of the country's armed forces and intelligence networks, Ajit Doval also called for "need-based" development of military technology that targeted specific requirements of the Army, Navy, Air Force and other defence services.

"Niche technologies are something that make India more secure. These have to be need-based. We, with our defence services and intelligence agencies have to make hard assessments about what our needs are that will give us an edge over our adversaries," he said. 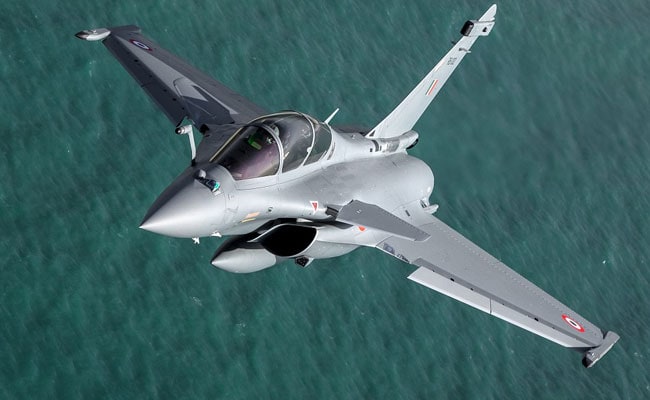 The Narendra Modi government has made defence modernisation a key agenda.

Earlier this month Defence Minister Rajnath Singh was in France for the delivery of the first Rafale fighter jet. Manufactured by Dassault Aviation, the advanced multi-role jets are widely seen as the best in their class and offer a significant technological upgrade over the Soviet-era MiG 21s that form the backbone of the Indian Air Force.

The Army will also get upgrades - the S-400 defence missile system is scheduled to arrive from Russia in early 2021. And, earlier this year, the centre cleared a Rs 40,000 crore plan to build six new submarines and acquire 111 new helicopters at a cost of Rs 21,000 crore.

The Navy has also seen the commissioning of INS Khanderi, the country's second Scorpene-class attack submarine.

"There is a lot of new technology emerging... how can we integrate systems? Except DRDO no other organisations in the country can perform this task," Mr Doval added.

On Monday Mr Doval made similar remarks to ATS chiefs, urging them to share evidence and data amongst themselves and build a bank of "quotable and sustainable" evidence that could be presented to global agencies like the FATF.

Modernisation and upgrade plans, however, have been constrained by a defence budget that is dwarfed by that of China. According to a report by news agency PTI, India's neighbours spent US$175 billion on defence last year.

By comparison, in the 2019 Union Budget, Finance Minister Nirmala Sitharaman set aside only Rs 3.18 lakh crore. However, import of defence equipment not manufactured in the country was exempt from basic customs duty, offering the armed forces savings of Rs 25,000 crore.

Defence experts were unimpressed though.

"The capital allocation is not adequate to modernise the armed forces. Everyone was expecting a significant hike in allocation, but unfortunately it did not happen," Laxman Behera, Institute of Defence Studies and Analysis, said.