Many of the 600 houses built by the programme in Satna's Rahikwara village since 2015 were allotted to dead people and some of the living beneficiaries said they got nothing. 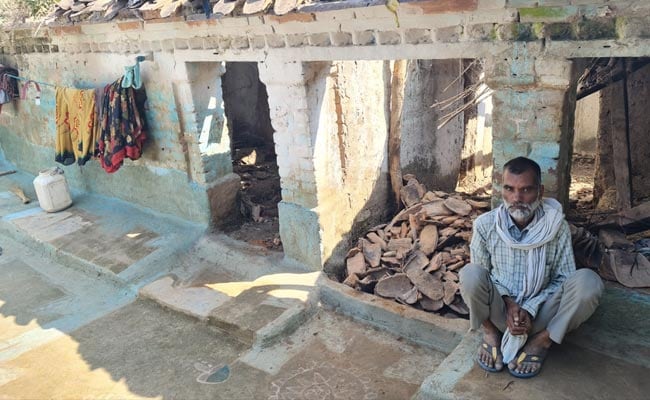 One of the "beneficiaries" of the PM Awas Yojana in Satna.

Days after Prime Minister Narendra Modi handed over lakhs of houses to the poor as part of an ambitious government drive, at least 75 homes constructed under the same scheme have gone 'missing' in Madhya Pradesh's Satna.

The houses had been constructed under the Pradhan Mantri Awas Yojana which hosted a virtual 'grih pravesh' ceremony led by PM Modi and Madhya Pradesh Chief Minister Shivraj Singh Chouhan on the occasion of Dhanteras.

The only catch was, many of the 600 houses built by the programme in Satna's Rahikwara village since 2015 were allotted to the dead and some of the living beneficiaries said they got nothing. Lalman Chaudhary's family say they did not receive a house even though they were counted as beneficiaries.

There are around 698 panchayats in the Satna district. NDTV visited one of them, in Rahikwara, where locals complained about the irregularities at a public hearing of administration officials.

One of the striking cases was of Lalman Chaudhary, who died in 2016 and yet money was "transferred" to his account between 2021-22.

His wife can't hear properly, his son has disabilities, and his daughter-in-law is speech impaired. 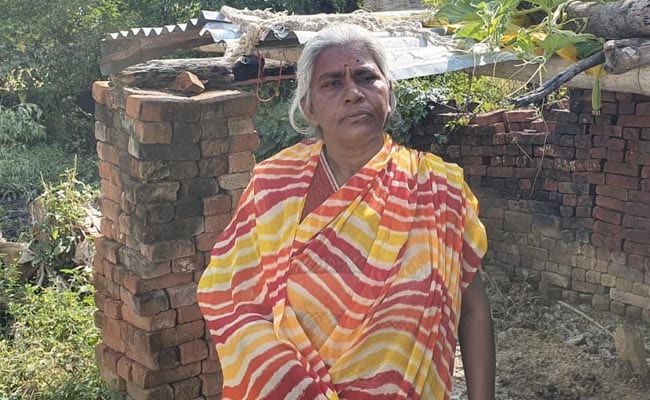 Munnibai Gupta says she has not received a house or any money but is listed as a beneficiary.

A house under the Prime Minister's scheme was approved in his name, the house was also built - but only on paper. The family still lives in a shack and did not get a penny.

Lalman's son Shiv Kumar Chaudhary said, "No money has come into our bank account. When we got this paper out, we came to know about it. Earlier we had no information. After this, we told the panchayat secretary, and he said 'I will make arrangements by 'jugaad' from somewhere'."

The story of Sundi Bai is similar. She also received a house, apart from a toilet and food rations as part of other schemes, but only paper. She still lives in a hut. 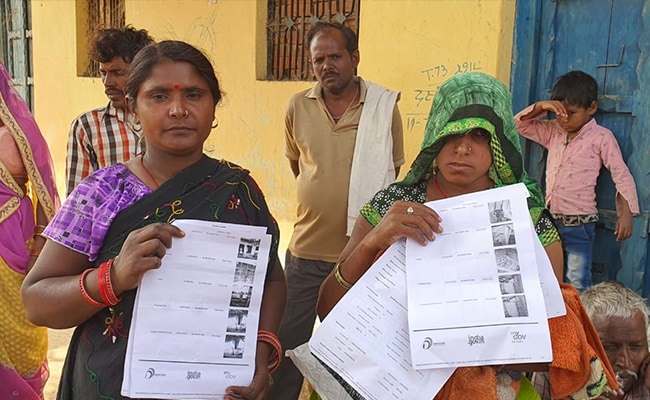 Many of the beneficiaries say they only got their houses on paper.

With folded hands, she pleaded in front of our camera and said, "Beta, mujhe ghar dilwa do, mera sab loot lia (Please help me get my house. They took everything from me). I want to build my house, please help in getting the money... I don't even get ration... my husband died. They took my money. I don't trust anyone."

Munnibai Gupta, a widow, is in tears as well. On government documents, she is seen in photographs supposedly at each stage of the construction of her home under the government scheme. Yet, she says she has received no money or house.

The state government, which spent crores on the event and newspaper ads to showcase the scheme on Dhanteras, with Prime Minister Modi tuning in from Delhi and Chief Minister Sivraj Singh Chauhan and his ministers in Satna, says 10 teams have been formed to investigate these irregularities. 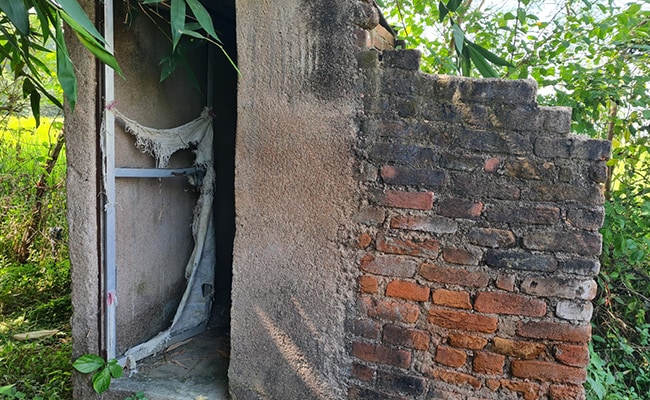 One of the toilets in the village that was built on a government scheme.

But no one from the administration wants to speak on the record.

When contacted, District Collector Anurag Verma said he was in a meeting and Panchayti Raj and Rural Development Minister Mahendra Sisodia said he is at a puja, will respond after that. He is yet to do so.

Later, while talking to journalists in Satna, in a seven-second sound bite, the collector said, "The matter is being investigated, guilty will be punished."

And it is not just the PM Awas Yojana where a scam seems to be emerging. More than 1,200 toilets were approved in the Rahikwara gram panchayat. But many villagers like Lalman Chaudhary's family say they never got any toilet and still defecate in the open. 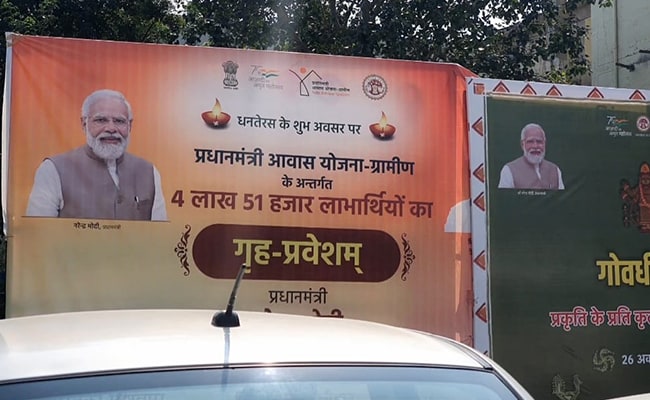 Lakhs of houses were "handed over" to beneficiaries at a grand ceremony on Dhanteras.

Questions about the role of bank staff and officials higher up in the administration, however, remain.

According to a government website, the project should have seen "micro monitoring of house sanction and completion using latest IT tools and technologies. Regular review by Minister/ Secretary/ Additional Secretary and Joint Secretary." It is not clear to what degree this process was followed.