A Doordarshan cameraman and two security personnel died in a Maoist attack in Chhattisgarh.

The Doordarshan team was in the Maoist-affected region for election coverage. The attack took place in the forests in Aranpur in Dantewada.

Here are Highlights on Maoist attack in Chhattisgarh's Dantewada:

Oct 30, 2018 18:35 (IST)
Condolences from the Trinamool family. We condemn the dastardly murder of DDNational camera person and 2 crpfindia jawans in Dantewada, Chhattisgarh. Our sympathies with the bereaved families. Violence, in any form, must be condemned: All India Trinamool Congress tweeted
Oct 30, 2018 18:05 (IST)
The Editors Guild of India issued a statement on the incident:

Editors Guild of India has issued a statement on the Dantewada Naxal attack that killed a Doordarshan camera person. You may also read the full statement here - https://t.co/xrPM0vb2jKpic.twitter.com/hXokcir85j 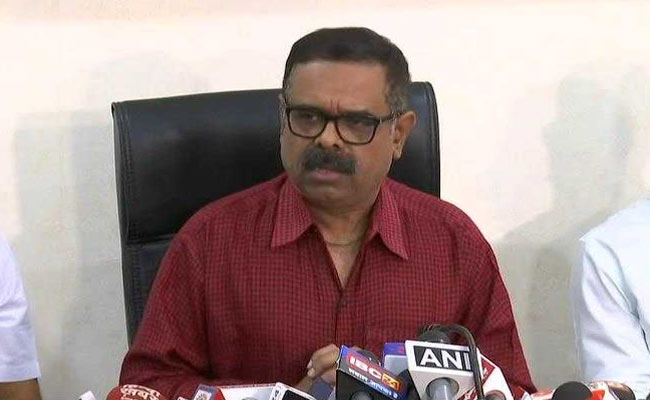 DM Awasthi, Special DG, Anti-Naxal Operations in Chhattisgarh briefed media today on the incident. He said:
Oct 30, 2018 17:43 (IST)
Information and Broadcasting Minister Rajyavardhan Singh Rathore on Tuesday announced financial assistance of Rs 15 lakh to the family of the DD News cameraman who was killed in a Naxal attack in Chhattisgarh.

Mr Rathore said that Rs 10 lakh would be given as ex gratia by Doordarshan and Rs 5 lakh would be from the Journalist Welfare Fund of the Press Information Bureau, according to an official statement.
Oct 30, 2018 16:16 (IST)
Doordarshan Cameraman's Facebook Post Hours Before Death In Maoist Attack

Five hours before his death, Doordarshan cameraperson Achyuta Nanda Sahu, who was killed in a Maoist attack in Chhattisgarh today, had posted on Facebook several pictures taken in Dantewada. Mr Sahu and his two colleagues were in the Maoist-hit region to cover the November 12 Chhattisgarh election. Oct 30, 2018 16:03 (IST)
Finance Minister Arun Jaitley through his tweet assured that Government is responding in a befitting manner to such attacks. He tweeted:

Naxals in Chhattisgarh have shown their cowardice by killing policemen & a DD cameraman in Aranpur. Government is responding in a befitting manner against such desperation of Naxals at all levels. Attack on the police & the press in any manner is heinous.

Oct 30, 2018 15:55 (IST)
Congress chief spokesperson Randeep Surjewala paid tributes to the deceased and termed the BJP government in the state "incompetent and worthless".

"The people of Naxal-hit Chhattisgarh have made up their mind to oust the incompetent and worthless government of Chief Minister Raman Singh,"Mr  Surjewala tweeted.

Oct 30, 2018 15:09 (IST)
Odisha Chief Minister Naveen Patnaik paid his heartfelt condolences to the family if the cameraman. He tweeted:

Deeply anguished and convey heartfelt condolences for the martyred Doordarshan cameraman from #Odisha Achyutanand Sahu and the police persons who were killed in an Maoist attack today in #Dantewada, Chhattisgarh; wish the bereaved courage to overcome the irreparable loss

Deeply pained by the dastardly attack on CRPF jawans and @DDNewsLive crew by Naxals in Chhattisgarh. I strongly condemn such a cowardly act.

Deeply mourn the dastardly attack on @DDNewsLive cameraman and two CRPF Jawans by Naxals in Chhattisgarh. This cowardly act by desperate Naxals is deeply condemnable.
My sincere condolences to the bereaved families.

Aggrieved by the dastardly act of violence by the #Naxals claiming the lives of two of our courageous #CRPF jawans and @DDNewsLive crew Achyutananda Sahoo. Strongly condemn such cowardice. My thoughts and prayers are with the families of the deceased.

Oct 30, 2018 14:19 (IST)
Minister of Railways and Coal, Piyush Goyal condemned about the incident.
He tweeted, Pained and angered at the Naxal attack on CRPF jawans and @DDNewsLive crew in Dantewada, Chhattisgarh. I strongly condemn such a cowardly and dastardly act".

Pained and angered at the Naxal attack on CRPF jawans and @DDNewsLive crew in Dantewada, Chhattisgarh. I strongly condemn such a cowardly and dastardly act.

India is at war and we have to accept it

Every single person who support or sympathize with naxals, should be treated as Enemy of the Nation

Strongly condemn the Naxal attack on @DDNewsLive crew in Dantewada. Deeply saddened by the demise of our cameraman Achyuta Nanda Sahu and two jawans of @crpfindia.

These insurgents will NOT weaken our resolve. We WILL prevail. Stand in solidarity with family of the camerman, we will take care of his family. We salute all those media persons who go for coverage in such dangerous situations, remember their bravery: Information and Broadcasting Minister Rajyavardhan Rathore on DD cameraman Achutyanand Sahu killed in Naxal attack
Oct 30, 2018 13:30 (IST) Two policemen and a cameraperson from national broadcaster Doordarshan were killed in a Maoist attack today in Dantewada district in Chhattisgarh which votes next month. Two policemen have been injured. 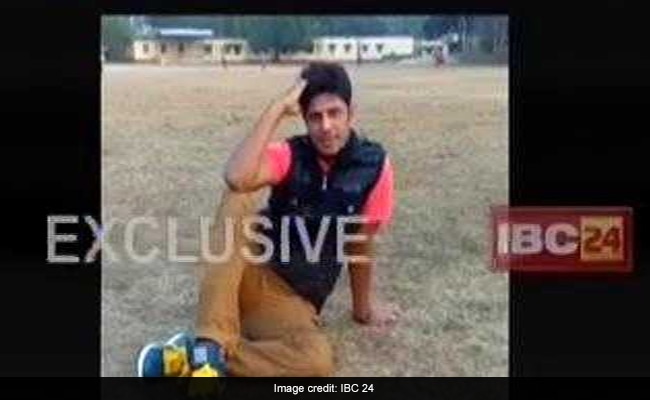