A five-judge Constitution bench headed by Justice S A Nazeer is hearing a batch of 58 petitions challenging the demonetisation exercise. 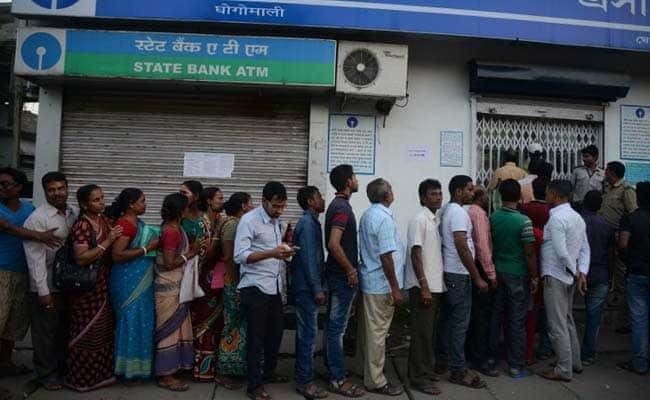 The government had ordered demonetisation in 2016.

Resisting the Supreme Court's attempt to revisit the 2016 demonetisation exercise, the government said on Friday the court cannot decide a matter when no tangible relief can be granted by way of "putting the clock back" and "unscrambling a scrambled egg".

The remarks by Attorney General R Venkataramani came after the top court asked the Union government to explain whether it consulted the Central Board of Reserve Bank of India (RBI) before undertaking demonetisation of Rs 500 and Rs 1000 denomination notes in 2016.

A five-judge Constitution bench headed by Justice S A Nazeer is hearing a batch of 58 petitions challenging the demonetisation exercise.

"The only submission you have made is that these are all economic issues done by experts (so) don't touch it.  What is your opposition to the plea of the other side? Tell us what is your submission to counter their submissions. They said it is not in conformity with section 26 (2) of the RBI Act.

"You are arguing that the objectives set out have been achieved. But, we want you to address the allegation that the process followed was flawed. Show us the procedure was followed or not," the bench, also comprising Justices B R Gavai, A S Bopanna, V Ramasubramanian, and B V Nagarathna, said.

The court's observation came after Mr Venkataramani defended the demonetisation policy and said the court should refrain from exercising judicial review of the executive decision.

"It is well settled that if the relevance of scrutiny disappears, the court will not render opinion on questions of academic value. The court will not grant a declaration when no tangible relief can be granted by way of putting the clock back which is unscrambling a scrambled egg," Mr Venkataramani said.

The Attorney General submitted that "pedestrian" considerations such as whether there was a recommendation or a consultation will reduce section 26 (2) of the RBI Act to a narrow area, stultifying the entire complexity of management of currency monetary policy.

"Demonetisation was not an isolated economic policy. This was a complex monetary policy. Entirely different considerations will follow. The degree of deference must also be higher...The role of the RBI has evolved. We are not looking at some black money here and there, some fake currency here and there. We are trying to look at the big picture.

"Also, no well-meaning person will say that just because you have failed, your intention was also flawed. This does not make logical sense," he said.