Live Grenade Found In Riverbed Under Delhi-Noida Flyway, Probe On

The NSG team conducted a field inspection of the area and an FIR was registered under the Explosive Substances Act. 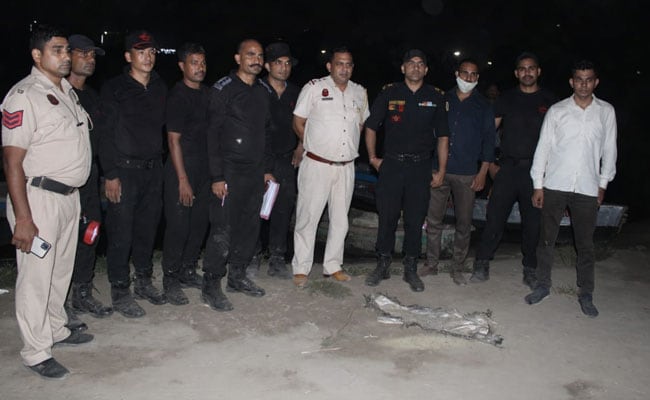 Further investigation is being carried out in the case.

A grenade was found yesterday in the riverbed under the Delhi Noida Direct Flyway, popularly known as DND, in Delhi's Mayur Vihar. Some divers were looking for coins in the riverbed when they found the grenade in a pot.

Delhi Police was alerted last night about the grenade found in the Hindon canal. The Special Branch of the Delhi Police and the National Security Guards (NSG) were informed.

The NSG team, along with the Delhi Police, reached the spot. The NSG team safely defused the grenade, which appeared to be an old one, according to the police.

The NSG team conducted a field inspection of the area and an FIR was registered under the Explosive Substances Act at Mayur Vihar police station.

"The grenade is a rusted old piece. We suspect that someone threw the pot from the bridge in the river. The police conducted an enquiry and analysed footage but have not found anything suspicious," a senior police officer said

The police suspect the grenade might have been discarded a long time ago.

Further investigation is being carried out.