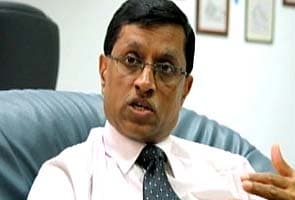 Male: India and Maldives were involved in a diplomatic row over intemperate remarks made against the Indian High Commissioner by the spokesperson to the Maldivian President which was described by the envoy as against diplomatic protocol.

In a damage-control exercise later, a statement posted on the official website of Maldivian President Mohamed Waheed said the government of Maldives disassociates itself from the remarks made by Abbas Adil Riza and some other government officials, saying they did not reflect the views of the government.

The remarks were made by Adil Riza at a rally where he called Dnyaneshwar Mulay a "traitor" and "an enemy of Maldives".

The rally was organised by the "23rd December alliance" on Friday night to protest against the leasing of Ibrahim Nasir International Airport to Indian infrastructure major GMR by the government of former President Mohamed Nasheed. The alliance was born out of opposition by some parties to Nasheed.

"A diplomat's job is to work for his country and people and not to protect the interests of one private company...He is a traitor and enemy of Maldives and Maldivian people. We don't want these kinds of diplomats on our soil." Riza, a political appointee, said striking an aggressive posture.

In a statement, the Indian High Commission said High Commissioner Mulay has condemned the remarks of the spokesperson to President Waheed, asserting it was "against diplomatic protocol".

Mulay also said that the government of Maldives has been told that settling issues of huge mutual interest cannot be done on public space or on stage.

Noting that the new Government in Maldives has raised some issues particularly in respect of GMR, the High Commission said they can be addressed through negotiations and if talks fail this country could go ahead with arbitration.

"The whole thing is in arbitration stage. If arbitration fails they (GMR and the government of Maldives) could find mutually accepted recourse either by going to the court of law or may be finding other mechanism available. We have told the government of Maldives that settling issues of huge mutual interest cannot be done on public space or on stage. This has to be done through discussion." The statement said.

The statement said it was also notable in this regard that President of Maldives on assumption of charge in 2012 gave an assurance to India and subsequently during his visit to New Delhi he assured Prime Minister Manmohan Singh that all the Indian investments, including the GMR, which happened to be the largest foreign investor in the country, will be protected and safeguarded.

"Similarly, all the agreements signed by the previous governments would also be safeguarded as such we have expressed our concern in very strong words to the government of Maldives. And we have also conveyed that India would safeguard the country's interest, including these related to our investment," it added.

"Our relations have been very strong and a lot of goodwill has been invested in it. India is the largest investment partner, the largest technical and capacity building partner. India's trade, aid and development partnership is also the biggest one," it added.

"The Government of Maldives disassociates itself from the remarks made by the Spokesperson of the President's Office Mr Abbas Adil Riza, and some other government officials, at a gathering held last evening against the involvement of GMR in the Ibrahim Nasir International Airport," said a statement posted on the official website of the Maldives President.

"The gathering was organised by some political parties including some members of the public. The views expressed at the gathering by Mr Abbas Adil Riza, though his own views, are regrettable, and do not reflect the views of the Government of Maldives particularly those made against the Indian High Commissioner to the Maldives Mr D M Mulay," it said.
Comments
Maldives diplomatic row