Trupti Desai claimed that there was even a possibility of protesters entering the airport, where she is stranded with six companions. 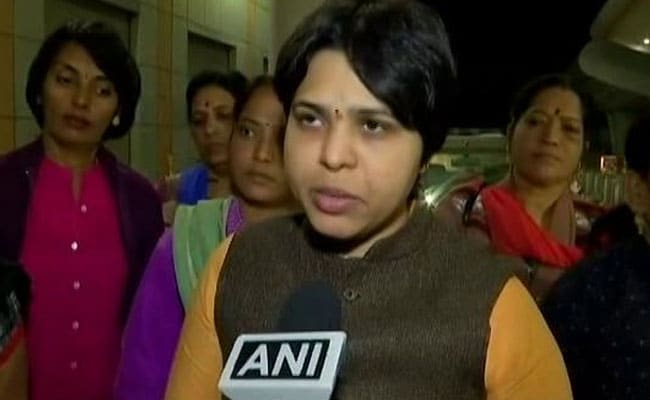 Trupti Desai had earlier said that she won't go back against her decision to visit Sabarimala.

Activist Trupti Desai has told NDTV that she may reconsider her visit to the Sabarimala hill shrine in view of law-and-order concerns in the area.

"The police are concerned about situation here. They have asked us to return, but promised to help us the next time we decide to come," she said over the phone from Kochi airport, which has been picketed by protesters ever since she arrived 12 hours ago.

Ms Desai claimed that there was even a possibility of protesters entering the airport, where she is stranded with six co-activists. "We have not come here to disrupt law and order. I am discussing with other members of my team if we should return or not," she said, adding that they should arrive at a decision by 6.30 pm.

Sabarimala has been on the boil ever since the Supreme Court trashed a rule preventing women of menstrual age from entering its Lord Ayyappa temple as "unconstitutional". However, a number of subsequent attempts by women devotees to seek the blessings of the celibate god went in vain as violent protesters blocked their progress.

Although the seven-member group led by the Pune-based activist arrived at the Kochi airport early this morning, she was unable to walk out of the building or even hail a taxi because of the protesters outside. Reports say agitators even visited hotels in Pathanamthitta district, where the temple is located, demanding that they not accommodate Ms Desai or any women visitors in the "banned" age group.

The hilltop shrine reopened at 5 pm today for a two-month-long puja in which lakhs of devotees and tourists are expected to participate. The Pinarayi Vijayan government has put in place massive security arrangements to ensure that devotees protesting against any change in the temple's archaic tradition do not indulge in disruptive activities. For the first time ever, pilgrims heading to the shrine in private vehicles will need passes detailing their identity, age and head count from the police.

Over 15,000 policemen have been posted in and around Sabarimala, and teams of commandos and disaster response personnel are being kept on standby.

Ms Desai had led a group of women activists to Maharashtra's Shani Shingnapur temple in 2016, ending a 60-year-old ban on the entry of women. Her movement inspired similar campaigns involving temples that have been off-limits to women.