Manoj Sinha, who took oath as the Lieutenant Governor of Jammu and Kashmir today, also called August 5 an important day when the Union Territory joined "national mainstream after years of isolation". 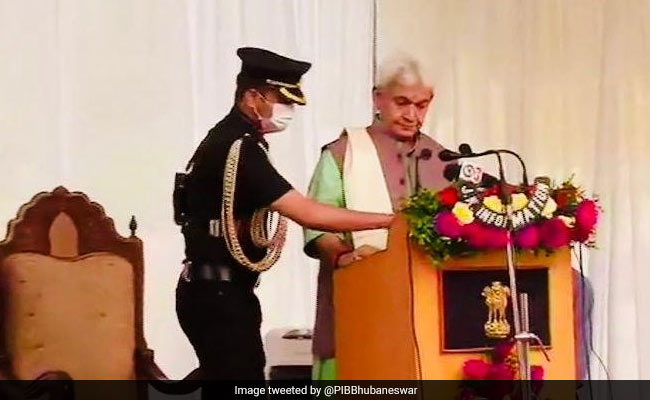 Manoj Sinha took oath as the Lieutenant Governor of Jammu and Kashmir at the Raj Bhavan today.

Pitching for peace and stability in Jammu and Kashmir, the Union Territory's new Lieutenant Governor Manoj Sinha, an astute politician, said the administration would soon initiate a direct dialogue with the people to end uncertainty and the "menace of terrorism".

The process will be started in a few days, Mr Sinha said while talking to reporters after taking oath as the new Lieutenant Governor at the Raj Bhavan today.

He also called August 5 - when the special status of Jammu and Kashmir was scrapped and the region split into two union territories - an important day in the history of the region. "After years of isolation, Jammu and Kashmir has joined the national mainstream," he said.

The timing of the 61-year-old veteran BJP leader's appointment to the top post is being seen as an attempt by New Delhi to revive political process in Jammu and Kashmir. Sources said Prime Minister Narendra Modi may also visit Srinagar in coming days.

"We need to establish a dialogue with the common people of Jammu and Kashmir. We don't have any agenda in that; there will be no discrimination against anyone. Constitution will be Gita (above all else) in that," he said.

Mr Murmu's resignation came days after a controversy over media reports quoting him that elections in the union territory can be held after the ongoing delimitation exercise.

Elections have not been held in Jammu and Kashmir in the two years since the elected government collapsed, with the poll body citing security concerns.

Reacting to the reports, the Election Commission had, in a strongly-worded statement, said that decisions on timing of elections could only be made by it.