Dhanush missile is capable of carrying a payload of 500 kg and hitting both land and sea-based targets. 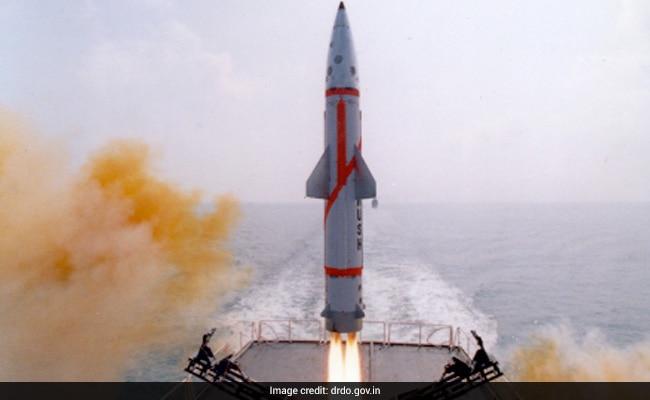 Dhanush missile launch was part of training exercise by the SFC of Indian Navy. (Representational)

The surface-to-surface missile, a naval variant of the indigenously-developed 'Prithvi' missile, was test-fired from the ship positioned near Paradip in the Bay of Bengal at around 10.52 am, the officials said.

'Dhanush' missile is capable of carrying a payload of 500 kg and hitting both land and sea-based targets, the sources said, adding that its trial was carried out by the Strategic Force Command (SFC) of the defence forces.

''The missile launch was part of training exercise by the SFC of Indian Navy,'' one official said.

Describing the test launch as ''a complete success'', the officials said all mission objectives were met during the trial.

''The missile launch and its flight performance were monitored from DRDO telemetry and radar facilities in the Odisha coast,'' they said.

The single-stage, liquid-propelled 'Dhanush', has already been inducted into the defence services. It is one of the five missiles developed by the Defence Research and Development Organisation (DRDO) under the Integrated Guided Missile Development Programme (IGMDP).

Promoted
Listen to the latest songs, only on JioSaavn.com
The last trial was successfully tested on April 9, 2015, the sources added.