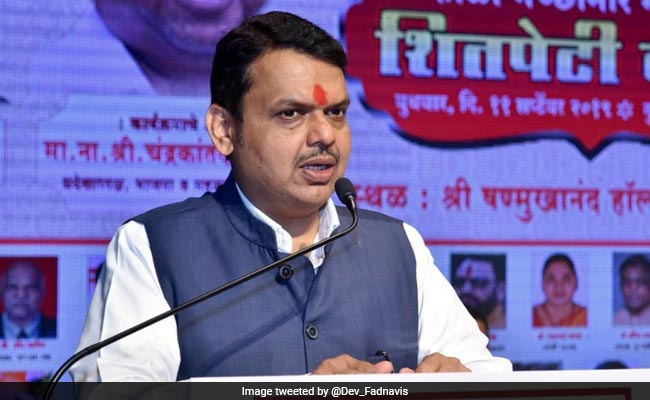 Devenda Fadnavis will face trial for allegedly not declaring criminal cases in 2014 polls.

Maharashtra Chief Minister Devendra Fadnavis should resign and renounce politics, the Nationalist Congress Party (NCP) demanded on Tuesday after the Supreme Court set aside the Bombay High Court order which gave him clean chit in a case of suppression of criminal matters in the 2014 poll affidavit.

The Maharashtra Assembly polls are scheduled to be held on October 21.

A Supreme Court bench headed by Chief Justice Ranjan Gogoi on Tuesday set aside the Bombay High Court order which had given a clean chit to Mr Fadnavis and had held that he did not deserve to be tried for the alleged offences under the Representation of People Act.

"We welcome this decision. This proves the chief minister doesn''t obey rules. Now, he has no moral right left to remain in politics. He should resign immediately and renounce political life. He has no right to contest the election...," Mr Malik said.

Anther NCP spokesperson Mahesh Tapase accused Mr Fadnavis of telling lies to the electorate by concealing facts about pending criminal cases against him.

The top court's order came on an appeal of one Satish Unkey against the high court verdict.

The petitioner had alleged that Mr Fadnavis, in his election affidavit filed in 2014, failed to disclose the pendency of two criminal cases against him.

The two cases of alleged cheating and forgery were filed against Mr Fadnavis in 1996 and 1998 but charges were not framed.