Dense to moderate fog is predicted in Delhi for the next four days, the IMD said. 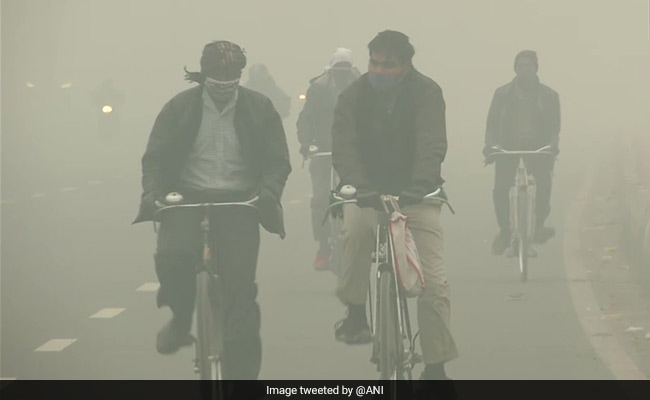 Dense fog reduced visibility to 200 metres at Safdarjung and 100 metres at Palam. (Representational)

Dense to moderate fog is predicted in Delhi for the next four days, the IMD said.

The city's minimum temperature, however, rose to 8.8 degrees Celsius, a notch above normal, due to easterly winds and a cloud cover over the city, an IMD official said.

Easterly winds are not as cold as northwesterly coming in from the snow-clad western Himalayas, while clouds trap some of the outgoing infrared radiation, increasing the minimum temperature.

The mercury is predicted to drop to four degrees Celsius by Tuesday as dry, icy winds have started blowing from the snow-clad western Himalayas towards the plains, the IMD official said.